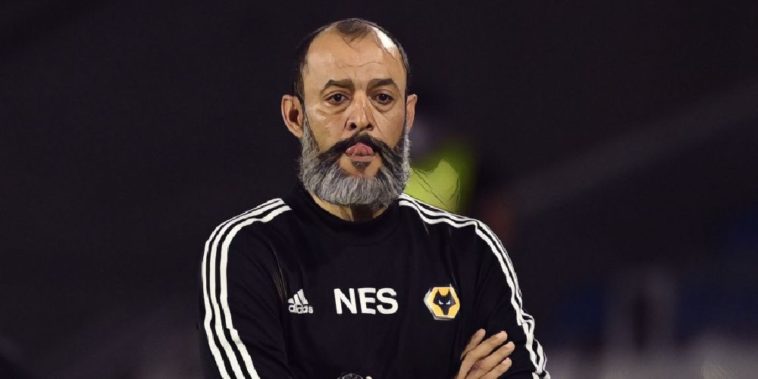 Nuno Espirito Santo wants to add ‘more players’ to his Wolves squad after the club’s marathon season finally came to an end following their Europa League exit at the hands of Sevilla.

Wolves talisman Raul Jimenez had earlier seen a penalty saved as Sevilla booked a last four meeting with Manchester United, whilst the Black Country outfit will not play in continental competition next season after finishing seventh in the Premier League.

The defeat brought an end to Wolves’ incredible season which has lasted 383 days amid a pandemic-disrupted campaign, their clash with Sevilla proving a step too far for a small squad which has looked indefatigable for much of the season despite limited rotation.

Nuno, however, is now keen to bolster his ranks as Wolves look to build on their progress this season, insisting he is keen to add depth to his squad after the frustration of their late defeat in Germany.

“We have frustration, in the last minutes it is something that has happened to us many times. We required focus on a set piece,” Nuno told BT Sport.

We want to congratulate @Wolves for their great season in the @EuropaLeague. A very tough opponent in today's quarter final. ??

“I am proud of the boys, we played a tough team and we had moments, small details, small margins.

“That happens in football. We came this far and now it’s over. Let’s rest and look to the future. We need more players to help us, it’s a small squad.

“Sevilla made us run, we made a big effort to control it but of course there were players who gave everything and the legs and brain doesn’t work so good.

“We must be proud of ourselves, admit we made mistakes during the season that we need to rectify to compete at a high level. We must work harder and become stronger.

“We are here because we did things good the previous season. European football is something that we chase because we want to improve and compete against the best.

“The Premier League is challenging enough, it’s like playing the Champions League every week.”