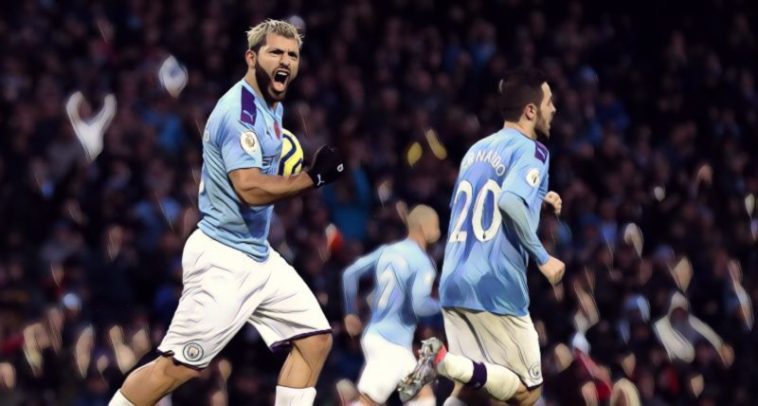 Manchester City forward Sergio Aguero maintained his impressive record in front of goal by netting his ninth league goal of the season this weekend, as the champions beat Southampton 2-1 at the Etihad.

The Argentina international moved level with Leicester’s Jamie Vardy in the race for the Premier League’s Golden Boot, as the 31-year-old seeks to once again finish as the division’s top scorer having previously won the honour five seasons ago.

Aguero’s prolific start to the season is all the more remarkable given a stat demonstrating his efficiency in front of goal, the forward’s equaliser against Ralph Hasenhuttl’s side his ninth goal from just ten shots on target so far this season.

9 – Sergio Aguero has scored nine goals from his 10 shots on target in the Premier League this season, with his strike today coming from Man City's first effort on target in the match. Levelled. #MCISOU

Aguero is also bidding to become the first player in the league’s history to score 20+ goals in six successive seasons, and with nine already, it would be a brave man to bet against him achieving the feat.