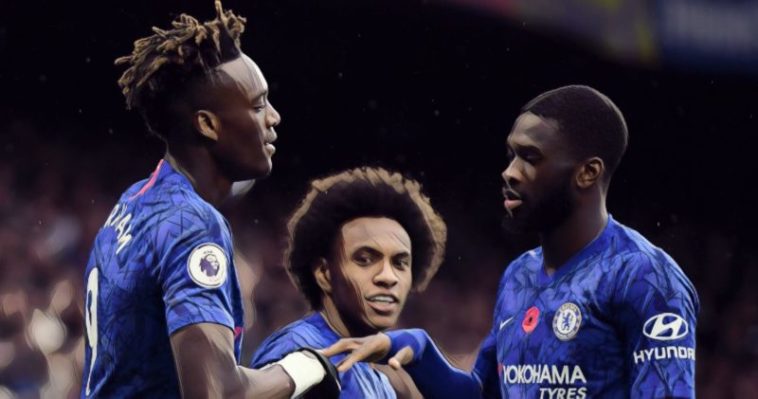 Today’s London Derby took on all an altogether predictable pattern right from the off, with Chelsea starting brightly and dominating possession, but Palace’s well-drilled defensive set up making it extremely difficult to create clear cut chances.

Chelsea would have to wait until the fourth minute of first-half stoppage time to create their best chance, only to see their former captain Gary Cahill brilliantly block down Willian’s close-range effort.

However, it was always going to be tough for the Eagles to keep as good an attacking team as Chelsea out, and their resistance was finally broken five minutes after the break, with Blues striker Tammy Abraham finishing smartly after a beautiful flicked through ball by skipper for the day Willian.

Only @ArjenRobben got to 10 Premier League goals for Chelsea at a younger age than @tammyabraham ⚡ pic.twitter.com/Jw2TOfqlDf

£57 million signing Cristian Pulisic looked razor-sharp all game and Captain America would seal the win for the Blues with a close-range header, the youngster’s fifth goal in his last three Premier League outings.

Today’s strike sees 22-year-old Abraham move to joint top of the scoring charts alongside Jamie Vardy, but speaking afterwards the England international gave the hugely predictable and boring response that his side getting the three points was all that mattered.

“The most important thing was we got the three points,” Abraham told BT Sport.

”At half-time the manager said we needed to stay focused and the chances would come.

“Crystal Palace are a good side, they defend well as a team and they frustrated our style of play.”

Read: Five of the best – Outfield players in goal