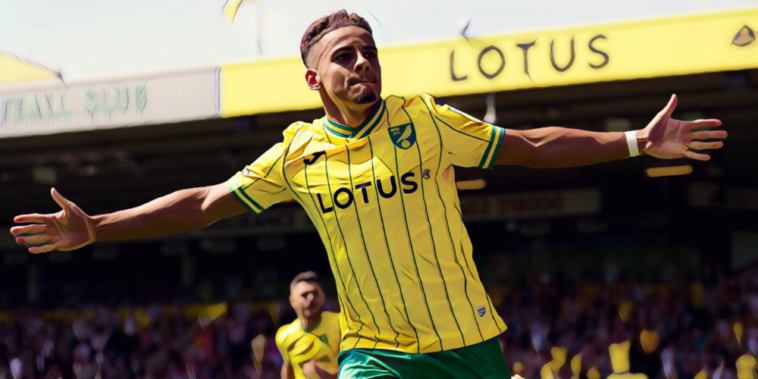 Max Aarons is a ‘possible solution’ for Manchester United as the club consider additions at right-back.

Aarons has been on the radar of the Premier League’s leading clubs since his initial emergence at Norwich and United are understood to hold a long-standing interest in the defender.

The 22-year-old has made 168 appearances since graduating from the Canaries’ academy ranks and has twice helped Norwich to promotion to the Premier League.

He was named as the EFL Young Player of the Year following the club’s promotion campaign in 2018/19 and included in the PFA Championship Team of the Year as Norwich won the second-tier title once again in 2020/21.

Norwich have been unable to consolidate themselves in the Premier League and were again relegated last season, with Sky Sports‘ Melissa Reddy reporting that the Red Devils are considering a move to sign Aarons.

Aarons has been described as a ‘possible solution’ at right-back in the closing stages of the window with Erik ten Hag is unconvinced by Diogo Dalot and Aaron Wan-Bissaka, the latter believed to be free to leave the club.

“He has been a historical target for them – and has been assessed by two other top six clubs previously – but it remains to be seen how their interest develops.”