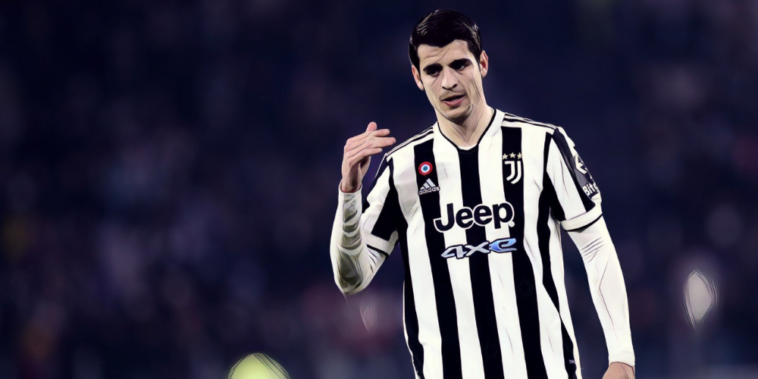 Barcelona are expected to finalise the signing of Alvaro Morata in the coming week with a deal for the forward described as ‘95% complete’.

Morata looks set to sign for Barcelona this week with the Catalans nearing an agreement with both Juventus and Atletico Madrid for the 29-year-old, who is currently on loan at the Italian side from Atletico.

Barcelona will sign Morata on an initial six-month loan deal and take over Juventus’ purchase option, with the Bianconeri prepared to allow the Spain international – who has scored seven goals across all competitions this season – to leave this month.

AS are reporting that the future fee agreed with Atletico takes into account the £34.4m (€40m) fee that the La Liga side are understood to be obligated to pay for Antoine Griezmann next summer, having re-signed the forward from Barcelona on an initial loan deal in 2021.

The former Chelsea striker will become the second forward arrival at Barcelona this month after the signing of Ferran Torres from Manchester City, but the cash-strapped Catalan club still need to reduce their wage bill in order to register either player.

The club’s hierarchy are now working on the exits of several unwanted assets, including both Samuel Umtiti and Philippe Coutinho, the latter having been linked with a return to the Premier League.

Luuk de Jong – who has perhaps unsurprisingly disappointed during a loan spell at Barcelona this season – will also depart in January, whilst Memphis Depay is another who could be allowed to leave at the end of the season.

The Netherlands international signed for Barcelona on a free transfer from Lyon last summer and has scored eight goals from 15 league appearances, but is reportedly amongst those the club will make available for transfer to prevent him leaving for free in 2023.

Barcelona had also been looking to agree a new deal with Ousmane Dembele, though talks between the club and the player’s representatives broke down last week, the Frenchman having also been linked with a move to the Premier League.