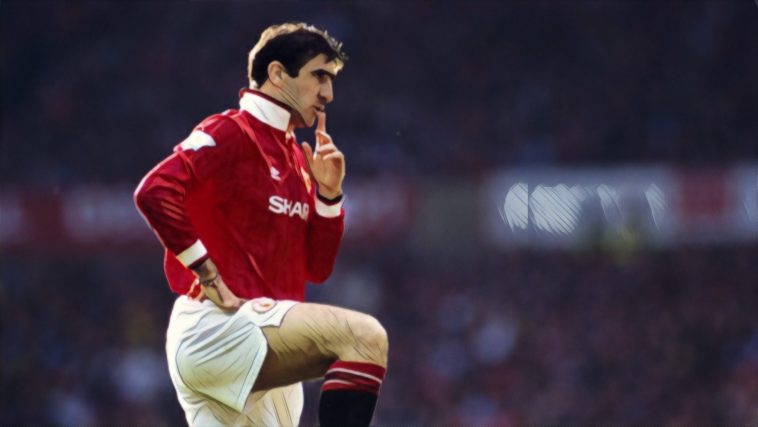 Our latest nostalgic trip down memory lane continues with another look at past editions of the PFA Team of the Year, the Premier League’s prestigious best XI as voted for by their fellow professionals.

This rewind takes us back to the early days of the Premier League era, the second season of the rebranded league and a time defined by great goalscorers, baggy shirts and the first wave of fancy foreign imports.

Here is the Premier League Team of the Year for the 1993/94 season:

Tim Flowers became the most expensive goalkeeper in the history of English football ahead of the 1993/94 campaign, leaving Southampton for Blackburn in a £2.5m deal before enjoying an impressive debut season at Ewood Park.

Flowers proved an inspired purchase for big-spending Blackburn and helped Kenny Dalglish’s side to the second best defensive record in the division – behind only Arsenal – keeping 13 clean sheets to be included in the divisional Team of the Year.

The former England international’s performances were ultimately not enough to deliver the title for Blackburn who finished eight points adrift of champions Manchester United, though the club’s long wait for success would come to an end just a year later with a first league title in more than eight decades.

Gary Kelly became a legend at Leeds United after making over 500 appearances in all competitions throughout a one-club career at Elland Road, and it was during the second season of the Premier League that the young Irishman established himself as a fixture in the side.

Kelly was handed his opportunity following the injury problems and subsequent retirement of Mel Sterland, playing every single league fixture of the campaign and impressing with his youthful exuberance.

The right-back helped Leeds to a fifth-placed finish under the guidance of Howard Wilkinson, earning recognition from his fellow professionals in his first season as a first-team regular with inclusion in the PFA Team of the Year.

One of the key figures in Manchester United’s early successes of the Premier League era, Pallister played an instrumental role as Sir Alex Ferguson’s side claimed a first ever domestic double in the 1993/94 campaign.

The centre-back starred alongside defensive partner Steve Bruce – playing all but one of the Red Devils’ league fixtures – and was included in the divisional Team of the Year for the third season in succession.

Pallister was named as the PFA Player’s Player of the Year during the final season of the old First Division, before being included in the first two Premier League Team of the Seasons after helping United to back-to-back league titles.

Remembering every PFA Player of the Year from the 1990’s

Despite becoming the first side in English football history to win a domestic cup double, Arsenal had slumped to a 10th-placed finish in the first season of the Premier League before bouncing back to look like title challengers at one stage of the 1993/94 season.

Adams would be named in the PFA Team of the Year for the second time in his career at the end of the season, whilst he would also add further silverware to his collection by captaining the side to Cup Winners’ Cup success.

There are perhaps few players in Premier League history to have performed with such unerring consistency as former Manchester United full-back Denis Irwin.

The Irishman moved to Old Trafford in the early nineties and established himself as a club legend, winning a wealth of major honours including helping the Red Devils to a domestic double in the 1993/94 season.

Irwin played every single league fixture for Sir Alex Ferguson’s side and scored two goals, including a goal at Anfield during a thrilling 3-3 draw with Liverpool in January.

The performances of the Cork-native earned him inclusion in the Premier League’s Team of the Year, the first of two times he would be voted in the league’s best XI.

The third of four Manchester United players to be included in the Team of the Year, the champions well represented following the achievements of their Premier League and FA Cup double.

The early nineties saw Ince recognised as arguably the best midfielder in England’s top tier during a memorable six-year spell at Old Trafford, the England international playing an influential role in the early parts of a trophy-laden era for Sir Alex Ferguson’s side.

Ince scored eight league goals and provided ten assists to be recognised by his fellow peers at the end of the season, one of three consecutive inclusions in the PFA Team of the Year for the self-proclaimed ‘Guv’nor’.

McAllister brought a touch of class to the Premier League during impressive spells at the likes of Leeds, Coventry and Liverpool, with the Scotland international one of the division’s finest midfield talents in the early nineties.

It was with the former that the midfielder earned this inclusion in the Premier League Team of the Year, scoring eight league goals to help the club to a fifth-placed finish.

Leeds had entered the inaugural Premier League season as champions before finishing 17th in a disastrous title defence, though their fortunes improved considerably during the 1993/94 campaign as they finished in the league’s top five.

The combative midfielder came through the academy ranks at hometown club Leeds before becoming the latest big-money signing at Blackburn, arriving at Ewood Park in a £2.75m deal in October 1993.

Batty helped the Lancashire side to a runners-up finish during his first season at Ewood Park, his committed displays earning plaudits and an inclusion in the PFA Team of the Year.

Blackburn won 16 out of 20 matches from December to mid-April to move into title contention, though would finish just short of their pursuit of a first league title in 80 years.

Beardsley made a return to boyhood club Newcastle following the club’s promotion to the Premier League ahead of the 1993/94 season, the Magpies now managed by former strike partner Kevin Keegan.

The forward was now 32-years-old and arrived for a significant fee of £1.5m, though it proved a superb piece of business for Newcastle as Beardsley fired 21 league goals during an impressive return to St James’ Park.

The England international developed an electric partnership with youngster Andy Cole, the duo scoring 65 goals between them in all competitions to fire Keegan’s team to third – the joint highest ever finish by a newly-promoted side.

Cole won the Golden Boot and PFA Young Player of the Year, though it was Beardsley recognised by his fellow professionals with inclusion in the Team of the Year.

The arrival of Cantona at Manchester United had proven the catalyst behind the club ending their title drought the previous season, and the Frenchman would prove just as influential in helping the club secure back-to-back titles.

Cantona scored 18 league goals and provided a further 12 assists as United finished eight points clear of nearest challengers Blackburn, whilst he added a further six goals in all competitions including two in the Red Devils’ FA Cup final victory over Chelsea at Wembley.

The forward’s performances saw him recognised with a place in the Premier League’s best XI, in addition to being named as the PFA Player’s Player of the Year.

Shearer’s first season at Blackburn had been prematurely ended by a serious knee injury suffered in December, but having returned to full fitness the forward began to re-establish himself as arguably the Premier League’s finest.

The England international scored 31 league goals for Rovers to finish as runner-up for the Golden Boot and be named as the FWA Footballer of the Year, proving a talismanic figure for Kenny Dalglish’s expensively assembled side at Ewood Park.