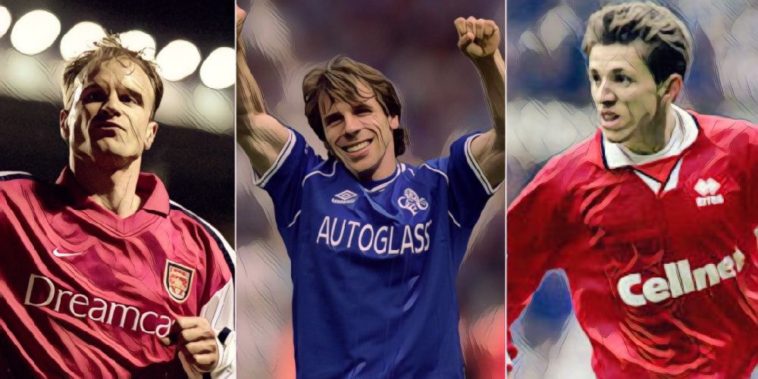 Was the 90’s the Golden Age of number 10’s in the Premier League? Well, we certainly think so.

As we’ve discussed many times on our 90’s Hall of Fame Podcast, it was like every Premier League club seemed almost legally obliged to make a big-money foreign signing, and more often than not these players were of the playmaker/number 10 variety, pulling the strings and producing moments of magic from a position behind the main striker.

After seeing the sensational impact the enigmatic Frenchman Eric Cantona had on Manchester United’s quest for domestic domination, every club and their fans seemed to want a piece of the ‘fancy foreigner’ pie, and the changing face of English football’s finances due to Sky Sports TV revenue made it all possible.

For us fans, it was a wonderful time, as we witnessed the more traditional route one style of English Football give way to a more technical and possession-based game, with a host of top-class foreign signings at the core of this stylistic shift.

Quickly we began to witness a level of skill and technical proficiency that had rarely been seen before on these shores and resulted in iconic moments of brilliance that helped propel the Premier League towards becoming the most valuable sports competition in the World.

So with all this in mind, host Sam Steen was joined by Ant and Peter to decide on a list of the best playmakers of the 90’s and re-live some of the moments that made these players so unforgettable.