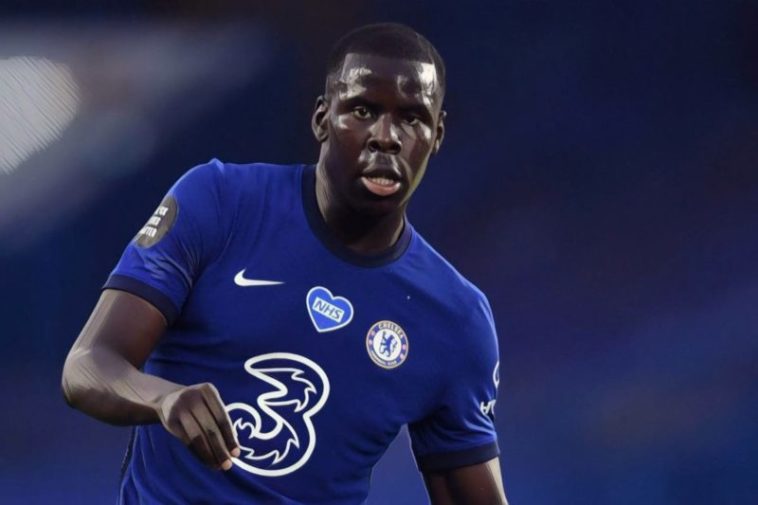 Kurt Zouma has opened up on Chelsea’s recent defensive improvement and says everyone has been ‘training hard’ as the club seek consistent results.

Frank Lampard’s side have been criticised over the opening weeks of the new season for their fragility in defence, conceding three times during disappointing draws against both West Bromwich Albion and Southampton.

The west London side have since kept successive clean sheets during goalless stalemates with Sevilla and Manchester United over the past week, with summer signings Edouard Mendy and Thiago Silva impressing in a new-look backline.

Ahead of tonight’s Champions League clash against Krasnodar, Zouma has opened up on the work his side have been putting in on the training ground and says his teammates now have a better understanding of each other’s game following a busy summer of recruitment at Stamford Bridge.

“We played these two great opponents, but defensively we did a great job. I think in the last two games we’ve been doing great. I think the communication’s been better too.

“Also I think just the lads made a really big effort to keep the clean sheet and everyone, we’re all going the same way and we know each other better now. There’s a lot of new players that came in, and with the players that were here last season, the mix has to come quicker.

“We don’t have time to prepare a lot, we have a short time in training because there’s many, many games coming, but we will get there soon hopefully and we just need to enjoy ourselves.”

Chelsea will be seeking their first win of the campaign when they travel to face the Russian outfit this evening, Krasnodar making their first ever appearance in the Champions League group stages this season.

Murad Musayev’s side finished third in the Russian Premier League last season and secured a spirited 1-1 draw at fellow debutants Rennes in their group stage opener.