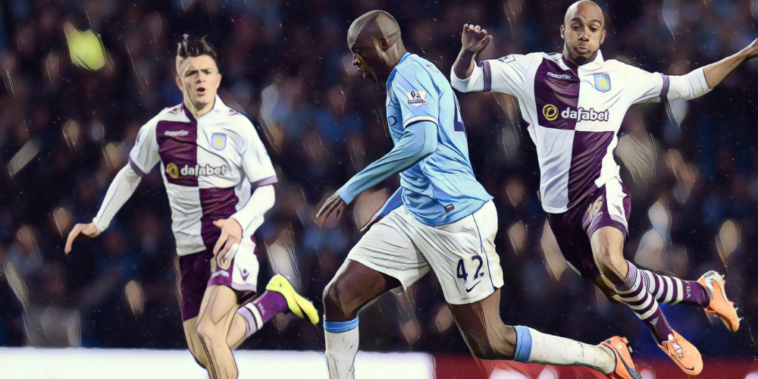 Yaya Toure often appeared unstoppable when powering through Premier League midfields, the Ivorian the driving force behind many of Manchester City’s successes following his arrival from Barcelona.

Amongst the first star names to arrive at the Etihad following the club’s billionaire takeover, Toure was instrumental to the club’s early triumphs and scored the decisive goal as a 35-year wait for major silverware was ended with FA Cup victory in 2011.

Toure at his best was a marauding midfield monster who combined strength, speed and technical quality, perhaps best emphasised by this stunning solo goal in a 4-0 thrashing of Aston Villa in 2013/14.

That season saw Toure star with 20 goals and nine assists as City were crowned champions, with this goal coming in the club’s penultimate fixture as Manuel Pellegrini’s side pipped Liverpool to the title.

City were already three goals ahead and cruising, but Toure powered his way forward on the break, racing beyond five Aston Villa defenders before firing home an incredible individual effort.