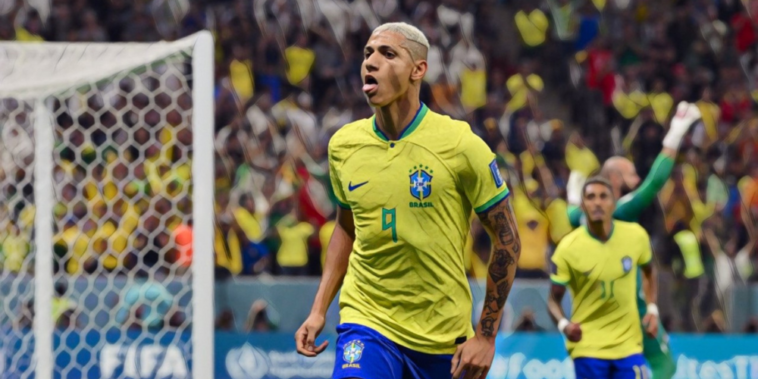 Our World Cup awards honour the best – and worst – of the action from the first round of fixtures in Qatar.

There’s nothing quite like a World Cup shock, and it’s fair to say that few saw Saudi Arabia’s upset of Argentina coming.

Argentina arrived in Qatar billed as one of the tournament favourites, having gone three years and 36 games unbeaten. An opening fixture against Saudi Arabia – ranked 51st in the world and with just three World Cup wins in their history – seemed a straightforward task, only for the Green Falcons to rip up the script.

It appeared to be going as expected during the first half, with Argentina taking the lead through Lionel Messi’s penalty. Three disallowed goals for the South Americans painted a picture of dominance, but the second half proved a different story.

In a captivating 10-minute period, Saleh Al Shehri levelled for Saudi Arabia, before Salem Al Dawsari struck a superb winner. Take nothing for granted in this tournament, following a huge humbling in Qatar.

Spain issued a statement of intent with a 7-0 thrashing of Costa Rica, with La Roja outclassing their opponents to record an emphatic win.

Costa Rice were poor, no doubt, but this was an encouraging performance from Spain whose midfield looks in safe hands for the next decade following the World Cup debuts of Barcelona teenagers Pedri and Gavi.

Gavi became Spain’s youngest-ever player at a World Cup and marked the occasion with a glorious goal, as he arrived on the edge of the area to volley home Alvaro Morata’s cross with the outside of the boot.

On the day he becomes Spain’s youngest-ever player at a World Cup, 18-year-old Gavi scores a perfect volley 😍 pic.twitter.com/5xQ2lVVv7B

His goal made Gavi the youngest goalscorer at a finals since Pele in 1958 and was the highlight of a performance in which the teenager announced his arrival on the world stage.

It was a remarkable performance from a player who was just five-years-old when Spain were crowned world champions in 2010, with his superb showing resemblant to the great midfield icons of that team.

Japan narrowly missed out on our Moment of the Week Award, after Hajime Moriyasu’s side upset the odds to come from behind and beat Germany.

It was a huge result for the Japanese, who have swiftly become the second team for many after images were released of their fans and squad cleaning up the mess left in Qatar.

Even after a famous win at the World Cup, Japan fans stayed behind to clean up ❤️ pic.twitter.com/BJnGEQWs6s

Class acts, on and off the pitch.

This is how Japan left their dressing room after their historic win over Germany yesterday.

They also left behind 11 origami cranes, a symbol of honour ❤️🇯🇵 pic.twitter.com/yze7pt76Oc

Richarlison might not have scored a league goal for Tottenham so far this season, but the boy certainly knows where the net is for Brazil.

It’s now nine goals in his last seven international games for Richarlison, who repaid the trust of his manager with a brilliant World Cup debut.

He scored both goals in the 2-0 win over Serbia, as the tournament favourites began their campaign in winning fashion in Qatar. His second, a spectacular acrobatic effort, was something special.

Canada came close to joining Saudi Arabia and Japan in the upset club this week, before falling to a 1-0 defeat to Belgium.

The Canadians dominated for large periods against the number two ranked team in the world, but were wasteful around goal.

Alphonso Davies squandered the best chance, as his tame first-half penalty was saved by Thibaut Courtois. It was a glorious chance at a time when the momentum was with Canada, whose wait for a first World Cup goal goes on.

Just another incredible record added to the Cristiano Ronaldo collection.

Take your pick from Costa Rica’s woeful side against Spain, as Luis Fernando Suárez’s side were hit for seven in the biggest mismatch of recent tournaments.

Keylor Navas – his nation’s leading light – looked like a goalkeeper who hasn’t played a minute for Paris Saint-Germain this season, while Carlos Martinez endured an evening to forget. The right-back was torn apart by Dani Olmo before being hooked off at half-time.

Given the manner of their loss, he was probably relieved. Such was the one-sided nature of the contest, Costa Rica failed to have a single shot against Spain. It’s the first time in 32 years a team has failed to have a shot on goal in a World Cup match, when Costa Rica again achieved the unwanted feat against Brazil at Italia ’90.