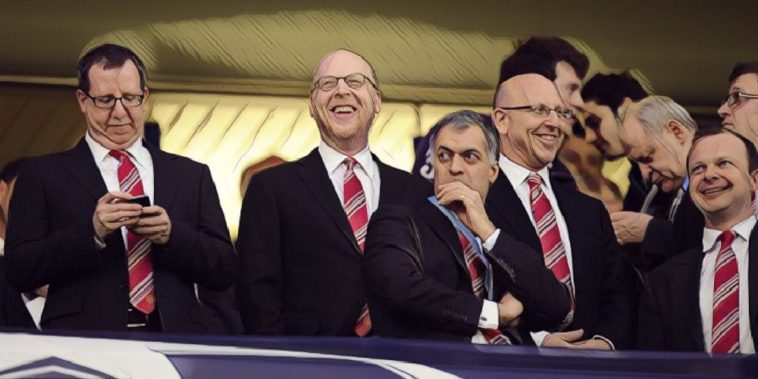 Manchester United chief Ed Woodward believes the club’s owners are ‘in it for the long-term’ despite speculation the Glazer family could opt to sell amid takeover interest in the club.

Reports emerged this week that the club were bracing themselves for a third takeover bid from Saudi Arabia’s Crown Prince Mohammed Bin Salman, his previous £3billion reportedly having been rejected by the Glazer family.

The Glazers have owned the club since 2005, though have endured a difficult relationship with the club’s support after the American family loaded the club with over £700 million of debt to fund their own takeover, a debt which is still being paid off.

United fans organised a protest against the Glazers before Sunday’s 1-1 draw with Liverpool, while a plane flew over Old Trafford to call for the head of Ed Woodward.

Man United fans fly plane over Old Trafford ahead of Liverpool clash calling for Glazers to sack CEO while others protest outside the groundhttps://t.co/xyGqurowSH pic.twitter.com/0z8f7gDJD8

However, under-fire executive vice-chairman Woodward has dismissed speculation that Manchester United could be sold, insisting the Glazer family remain committed to the club in the long-term.

“Based on what I see, they’re in it for the long-term,” Woodward told fanzine, United We Stand.

“With regards to offers or asking prices, my understanding is that there have been no discussions for a price for the club or anything like that. Every conversation we have is based on the long-term.”