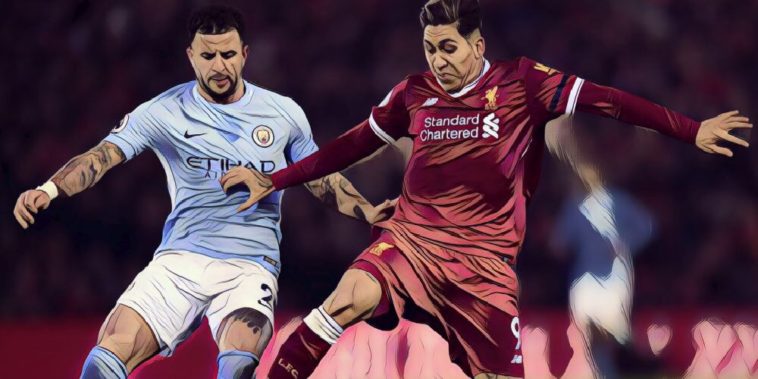 Kyle Walker thinks that the winner of today’s eagerly awaited top of the table clash between Liverpool and Manchester City will be rightfully installed as the bookmaker’s favourites to win the title.

Liverpool and Man City go into this afternoon’s mouthwatering fixture at Anfield both with their unbeaten record still intact, with Pep Guardiola’s men topping the table on the virtue of goal difference.

Man City have long been the favourites with the bookies to win the title, but with Liverpool having got the better over the Citizens three times out of four games last season, City and England full-back Kyle Walker thinks that whoever takes the spoils this afternoon could go on to win the Premier League.

“It’s full credit to the manager for what he’s done for Liverpool. He has transformed them into a title-challenging team year in, year out.

“I feel probably whoever wins at the weekend is going to get the bragging rights for being the bookies’ favourite to go and lift the Premier League.

“That’s not discarding Chelsea, Tottenham, Manchester United, Arsenal or whoever else is going to be up there, but we’re both going into the game undefeated and hopefully we can come out on top.”