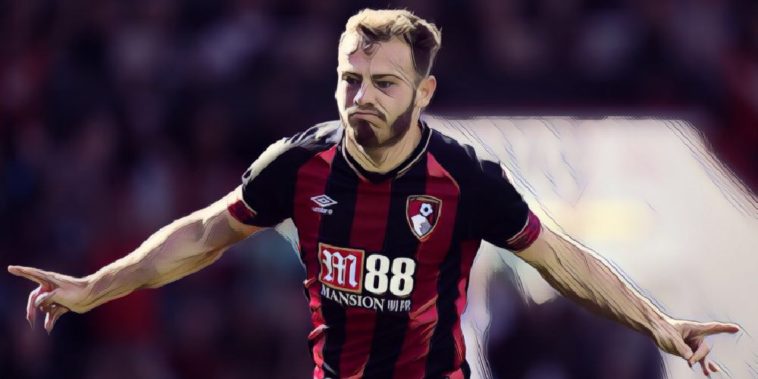 Jack Wilshere believes Bournemouth’s Ryan Fraser would be ‘a great signing’ for his former club Arsenal.

Arsenal have been linked with a move for the Scotland international as they bid to strengthen their wide options, with the winger having shone for Eddie Howe’s side last season.

The 25-year-old scored seven goals and provided a further 14 assists – the second highest total in the division – and is a reported £30m target for Unai Emery this summer.

Former Arsenal midfielder Wilshere, who played alongside Fraser during a loan spell at Bournemouth, believes the winger would be a great addition at the Emirates.

Most league assists provided in Europe's top five divisions in 2018/19:

Not the names you would have said at the start of the season. pic.twitter.com/u6TC5WmmHU

“I think Ryan Fraser would be a great signing. I know him well,” Wilshere told Football.London . “He’s probably the hardest working player I’ve ever worked with.

“He’s got an exceptional attitude. On the pitch he runs around all day – he’s the first one on the pitch in the morning and the last one off it.

“You can see that by the large number of assists he got last season. That’s credit to him and credit to Eddie [Howe]. Eddie put a lot of trust in him and it’s been rewarded.

“He’s nurtured him and he’s turned him into a top player – and if he goes to Arsenal I wish him all the luck in the world as he’s a great guy and a great player.”