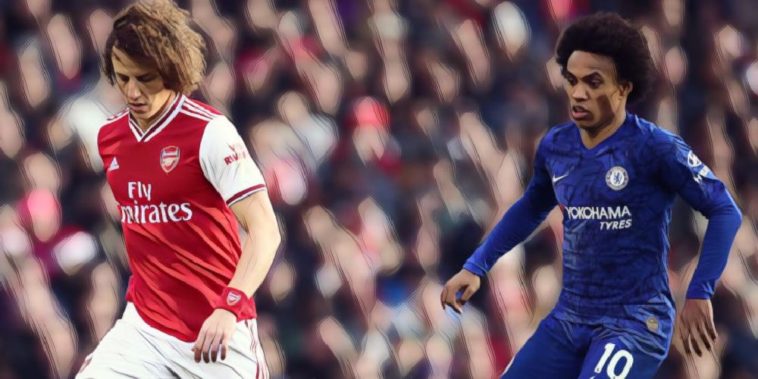 Willian has explained how David Luiz encouraged him to complete a free transfer from Chelsea to Arsenal.

Willian ended his seven-season stay with Chelsea at the end of the campaign and swiftly secured a move across the capital, signing for London rivals Arsenal on a three-year contract to continue his Premier League career.

The Brazil international won two Premier League titles and was twice named as Chelsea’s Player of the Season during a hugely successful period at Stamford Bridge, and will now hope to play an influential role in Mikel Arteta’s rebuild in north London.

The 32-year-old will reunite with former Chelsea teammate and compatriot David Luiz at Arsenal after the defender made a similar switch last summer, and Willian has revealed the influence the centre-back had in persuading him his future lay with the Gunners.

“I think we can do great things together, I hope so, but I’m very happy to be with him again.

“He is a very nice guy, a top player and I’m very excited to play with him again. Of course [he helped in the past], many times. Many times when I had difficult times at Chelsea he was helping me a lot.

“He is this kind of person that wants to help, especially young players without experience. He is the guy that helps everyone.”

Barcodes and bus seats: The most underwhelming Premier League kits of 2020/21