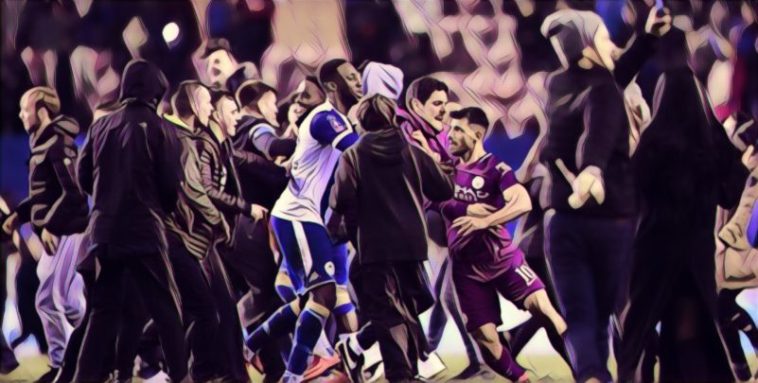 Wigan Athletics superb 1-0 victory over Premier League leaders Man City in the FA Cup fifth round at the DW Stadium last night, has sadly been overshadowed by an ugly altercation between a Latics supporter and City striker Sergio Aguero.

At full-time thousands of home supporters ran on to the pitch to celebrate a famous victory for their club. Argentina international Aguero was then seen to be involved in a heated argument with a fan. However it has now been revealed that the supporter allegedly spat in the City players ear and told him to “suck my d*ck!.”

Aguero and his club are said to be taking legal advice as to whether to pursue the matter further.

“Player and staff safety is of paramount importance and we will conduct a full investigation.”

The game itself had been full of drama, with Fabian Delph controversially being sent off late in the first-half, which resulted in a full scale tunnel bust up at half-time between the staff of each club.

Then late in the second-half with City’s constant pressure looking like finally paying off, Will Grigg broke free to net a excellent finish past Claudio Bravo and send Wigan into the sixth round.