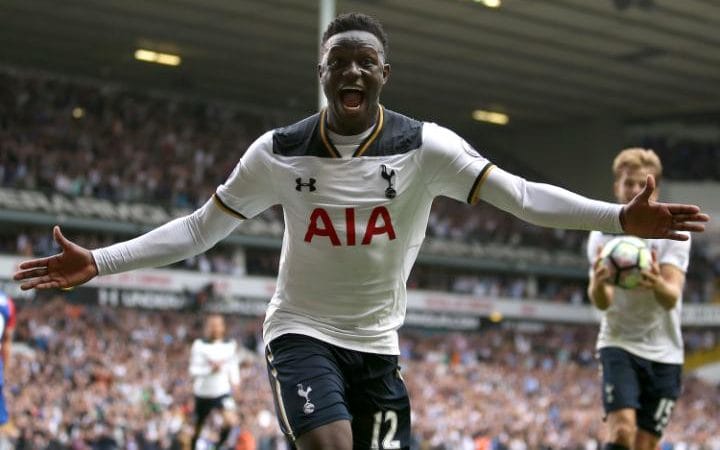 6 Premier League wins on the bounce. People will look to the likes of Harry Kane, Dele Alli and Christian Eriksen as the key players to Spurs’ recent success, however Wanyama has been as important as all of the above.

Wanyama’s importance to the Spurs side can not and should not be underestimated. When Wanyama signed for Spurs, the majority of Spurs fans, including myself thought Wanyama would be back up to Eric Dier following his impressive season in midfield. Whilst Wanyama may not have played better than Dier did, he certainly has continued Spurs’ impressive midfield. His partnership with Dembele is very complimentary – Wanyama can sit back while Dembele goes on his driving runs forward and vice versa. At just £12million many of Spurs’ rivals, particularly Arsenal will be regretting not having signed the ex Southampton man.

Wanyama’s signing has allowed Spurs to play different formations. Spurs can play a conventional 4-2-3-1 with either Wanyama or Dier alongside Dembele or as they have done so recently, play a 3-4-2-1 formation with Dier slotting into defence, and Wanyama in a defensive midfield role. This has been crucial in turning Spurs’ fortunes around this season with their new found versatility and depth in squad thanks to Wanyama paramount.

Wanyama’s stats this season show his impressive start to his Spurs career. Compared to Eric Dier in the same role last season, Wanyama has averaged a higher pass completion rate per game, as well as creating more chances, winning more tackles and having more successful take ons than Dier last season. The Wanyama/Dembele combination has blown teams away in recent weeks with the power and drive of the pair being too much to handle for even the impressive duo of Matic and Kante. With Wanyama in the side, it not only makes Spurs better defensively, it also makes them better going forward.

In the current era with good defensive midfielders hard to come by, with Spurs having two, it provides different options for Mauricio Pochettino as Spurs enter what could be a crucial part of the season if they are going to get into the Champions League, or even push for a title challenge.