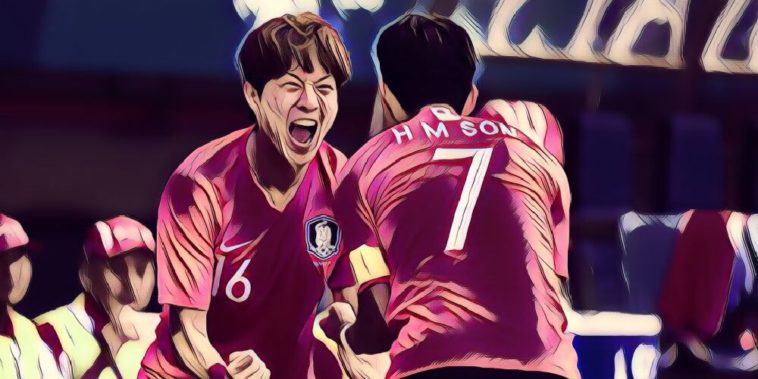 Heung-Min Son’s South Korea have progressed to the semi-finals of this summer’s Asian Games in Indonesia after beating Uzbekistan 4-3 AET. They face Vietnam in the next round, with Japan facing the United Arab Emirates in the other semi-final fixture. While each of the remaining four nations will be keen to win the tournament, South Korea may just have an added incentive.

In South Korea, all men have to perform approximately two years of compulsory military service between the ages of 18 and 35. This has been the case since 1948 and is an accepted part of life in the country. Men must pass a physical exam and then serve 21 months in the Army. However, there is a way to be exempted from the military conscription for athletes.

One way is to win a medal at the Olympic Games, as was the case for the South Korean football team back at London  2012, who won a bronze medal for their efforts, granting exemption from military service for the 18 members of the squad. The other method to become exempt from the is to win a gold medal at the Asian Games. This is why winning this tournament will mean so much to the South Korean team, as they have so much more than medals to gain from a potential victory.

South Korea finished second in Group E behind Malaysia to qualify for the knockout stage. In the round of 16, they beat Iran 2-0, and followed this up with the aforementioned victory over Uzbekistan, winning 4-3 after extra time, setting up a game with Vietnam who beat Bahrain 1-0. Should South Korea progress to the final, they will either face Japan, who they beat to claim the bronze medal in 2012, or the United Arab Emirates.

The game against Uzbekistan was a tense affair. The Korean’s were ahead twice, then found themselves trailing before Hwang scored the third of his hat-trick. It was 3-3 after 90 minutes, and it took until a 117th-minute penalty – which most of the South Korean players couldn’t even watch – to get the win.

You can understand why they daren’t watch, with so much on the line. South Korea are now two wins away from that precious military exemption.

Tottenham fans will be anxious for the South Korean team to go all the way so one of their star players, Heung-Min Son, won’t have his career interrupted by military service. Two games to go for the coveted gold medal and the military exemption – two incredibly important games where the South Korean players will make every goal, save and tackle count to secure their future football careers. No pressure lads.