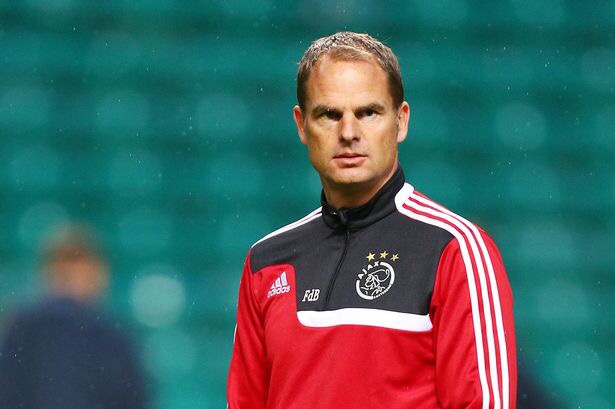 With the season ending a month ago, and still no manager appointed, we look at who will could take the reigns at Crystal Palace ahead of the new campaign.

The 2016/17 Premier League season ended with Palace fans optimistic, again, at what the future holds under Sam Allardyce. However, just days after the season ended, Allardyce handed the keys to the Palace back to Steve Parish as the managerial merry-go-round begins it’s next chapter.

Despite leading the club to its record fifth successive year in the Premier League, Allardyce resigned after just five months in charge. Stating he had “no ambitions to take another job”.

Going out on a high?

From Allardyce’s statement on the club website, one would assume that Allardyce has retired from all footballing activity, and personally I don’t blame him after the year he has had. Taking the England job, then the downfall that followed and everything else that came with it, ending the year with another successful Premier League survival.

At first, Allardyce was not favoured at Selhurst Park, with fans refusing to sing his name. After the 4-0 defeat by Sunderland, the low point in every Palace fans season, he was definitely not the most popular person in South London.

However, victories against Chelsea, Liverpool and Arsenal dragged us away from danger. Fans were coming around to the fact Allardyce had done a fantastic job to steer us clear of the drop. After the win on the penultimate game of the season against Hull, his job, ultimately, was done. He had guaranteed us Premier League football. For sure, Allardyce is going out on a big high. The great escape and turn around that occurred under his management is something all Palace fans need to be thankful for.

What and who next?

Bookmakers, Sky Sources and that ‘guy who knows someone’ on Twitter having been playing with the emotions of Palace fans since the news broke.

The early favourite was Hull manager Marco Silva. Silva, however, decided to go to Watford instead, where he’ll be there for a season and get sacked, like every manager seems to do there.

Chairman Steve Parish, took to Twitter to quieten the rumours that Silva was his number one target, branding it “utter tosh”. He also went on to say that Silva’s agent “begged him to see him”. So this was clear that Silva was not on the “12 man shortlist”. Others on that shortlist apparently include Claudio Ranieri, Sean Dyche, Roy Hodgson, Frank De Boer and Mauricio Pellegrino.

Pellegrino, however, is not to be confused with Manuel Pellegrini (the ex-Man City manager), something that Sky Sports put all over social media, before realising that they were talking about the wrong person.

The shortlist becomes shorter and shorter as the days go on. Ranieri has gone to Naples, Dyche ruled himself out and Hodgson has joined a TV channel in Qatar. Meaning the bookies favourite is Pelligrino. However, after Southampton sacked Claude Puel, Pelligrino is also the favourite for that job as well.

De Boer also remains in the top three, with sources suggesting he is waiting to come back from his holiday in Ibiza before deciding his route, although it is believed he is in pole position to take the job.

Dyche’s name is another that always seems to pop up, but realisitically, would Burnley let him go? After a highest ever league finish for the club, in my opinion, Burnley would be wrong to let him go.

All Palace fans trust Steve Parish and the board. Without a manager and still being able to tie Wilf Zaha down for a further five year contract has been an excellent piece of business, despite much speculation he was leaving the club.

The next few weeks will continue to annoy, frustrate and intrigue all Palace fans. But we are all hoping that the right person will be in charge in time for the opening game of the season against Huddersfield.