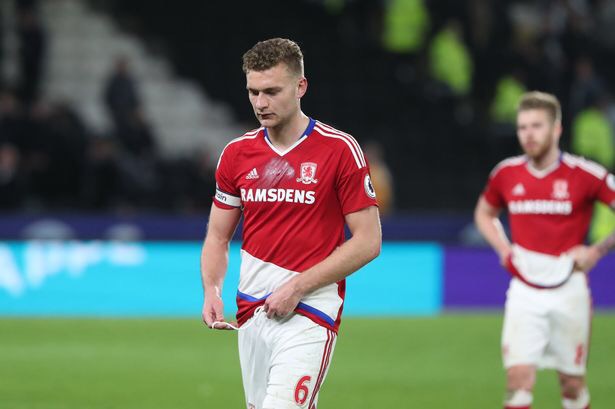 This is the latest news according to reports in The Sun, The Mirror and The Sentinel.

In spite of Middlesbrough’s relegation from the Premier League, Gibson enjoyed a strong season. The young Englishman put in many a solid performance at the heart of the defence and helped Boro keep 11 clean sheets.

Gibson came through Boro’s youth system, spending time on loan at Plymouth, York and Tranmere before beaking into Boro’s first team. He played most of the 13/14 season for Boro in the championship and was a key part in their promotion in 15/16.

Gibson is a strong defender and good in the air. This has led to him being scouted by many a big club already in his career.

Stoke City are in need of a centre half with a permanent deal for loanee Bruno Martins-Indi looking increasingly unlikely. The move could also see Gibson play alongside Jack Butland. It is more than likely the two will be playing together for England in the near future. Both have had call ups and are showing great promise.

Stoke have so far made a £12 million bid for Gibson but Boro are allegedly holding out for a fee in the region of £20 million for the talented Englishman.

So would Gibson be a good fit at Stoke? If not, where should he go to continue his development? Let us know in the comments.