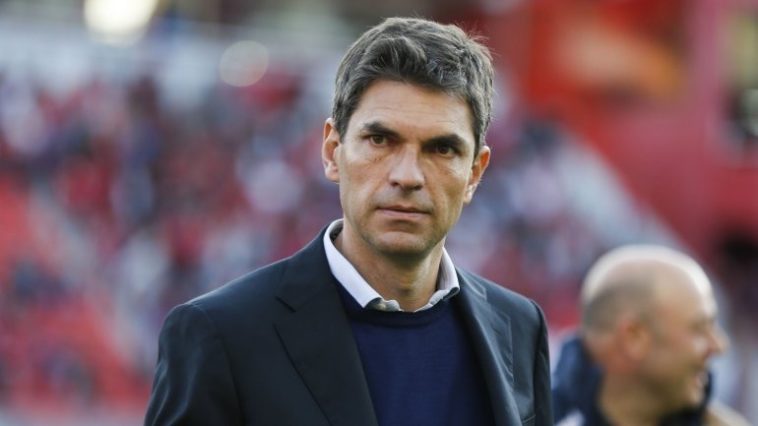 It’s been announced. Southampton have a new manager in charge once again and his name is Mauricio Pellegrino. Who is he?

Pellegrino is a former central defender from Argentina, and has plenty of playing experience for some of Europe’s biggest clubs, including Barcelona, Valencia and Liverpool with his playing career ended 11 years ago. He finished his playing career playing for Spanish side Alaves.

He returned Valencia to start his coaching career, where he was in charge of the club’s B Team. Two years later, he returned to Liverpool to work with former Valencia manager Rafael Benitez. The pair continued to work together at Inter Milan until the pair were dismissed by the Italian club in December 2010.

Then in May 2012, he took the first steps in his managerial career, heading back to Valencia once more. However his career got off to a shaky start as he only lasted for six months with the La Liga club, having won just 10 of his 21 games in charge before he was relieved of duty.

He returned to his native Argentina in 2013, where he spent two years in charge of Estudiantes before being sacked in April 2015. He spent a year in charge of fellow Argentinian club Independiente before returning to Alaves last summer.

He led the newly promoted club to a highly respectable ninth placed finish as well as an incredible run to the Copa del Rey final, where he lost 1-0 against the mighty Barcelona. (The Spanish version of the FA Cup for those not familiar with Spanish football)

That leads us to the present day. He has now been announced as the new manager at Southampton following the sacking of Claude Puel earlier this month. Puel had a decent season at St Marys, finishing in eighth and reaching the League cup final. However the style of football wasn’t what Southampton fans had got used to and there were rumours of dressing room unrest.

Sky Sports Spanish expert Guillem Balague claims that Pellegrino will be the perfect fit for Southampton.

“What they [Alaves] got from him was a guy with tactical versatility. He made the team play with three at the back, with four at the back – sometimes attacking with one, sometimes with two.

“He made every single player in that squad involved in proceedings. Everybody felt important and everybody got better.

“Everybody got better under him. His tactical flexibility and a good management of the squad, maximising the potential of the squad,

“He just had the perfect season and of course he managed to get to the Copa del Rey final against Barcelona.”

Comparisons have been drawn between former Southampton manager and fellow Argentine Mauricio Pochettino due to their tactical flexibility and their high pressing style game.