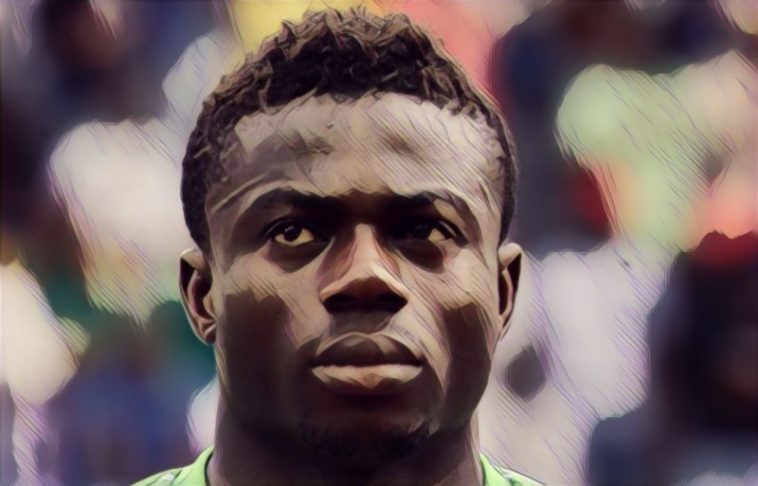 Liverpool are being strongly linked with a £10 million move for KAA Gent winger Moses Simon. Rumours are strong that a bid is forthcoming for the twenty-two year old Nigeria international, as the Reds look to strengthen their squad.

The news has been met with a mixed response from the Anfield clubs supporters, with some questioning the logic of going for such a player.  Questions have also been raised about his end product and whether or not he is of the required standard for a team in the top four of the Premier League. A closer look into this move though reveals more positives than negatives however.

If the rumours are even true, then the news should be met with cautious optimism rather than despair and doubt. Simon is not a glamorous name, but from the available scouting reports out there, he meets several of the required criteria for Jurgen Klopp’s Liverpool.

First and foremost, he is lightning fast and enjoys cutting in for a shot from the flank. His style is reminiscent of Mane in that regard and if he can bring that pace and dribbling ability to Liverpool next season then it surely be a strong asset in reserve. The Kop will take to him too, if he can bring his hunger for a take-on to the Premier League

His football education is encouraging, spending time with Ajax and in Nigeria’s famous GBS academy. The fact that he has been allowed to ply his trade in a lesser league is no bad thing either. He has clearly built up some form and confidence, and brought foreign scouts to Gent to watch him. Tellingly, this is the third time he has been linked with Liverpool in his fledgling career.

He is also a real contributor, with twenty-five career assists since 2015 as well as forty-two senior goals. Liverpool were in desperate need of players towards the end of last season who could come in and keep the intensity up. There are signs he could do this. If Simon was to be allowed time to develop and grow then he could really tick a box for the squad next season.

If the forthcoming season is to be successful then Liverpool need depth and players who can come on and give Mane, Salah and Firmino a breather. The pesky World Cup is also likely to leave some of Klopp’s players flagging, more importantly; it could leave other clubs flagging as well as the season begins in August. If Liverpool have players ready and fresh, it could really help get some early momentum.

Klopp’s past transfers are telling

There is already frustration and impatience from some supporters that Fekir is yet to be announced as a Red, and the rumours linking Liverpool to Simon have not helped to ease this angst. Neither have the Shaqiri rumours, as some complain relentlessly about the club lowering its sights. However, you only need look at Klopp’s overall transfer history to realize that these rumours shouldn’t be a surprise.

At Dortmund, Klopp was famed for bringing in previously unfashionable names such as Lewandowski from Poznan and Aubameyang from St Etienne. He molded these players in his image and they became household names under his coaching team.  We have started to see that at Liverpool, with players like Robertson and Oxlade-Chamberlain coming on leaps and bounds for the Reds this season.

Yes the big money must be spent on top class talent this summer, but the little money must also be spent wisely. If Shaqiri and Simon can add real depth and quality to our squad next season then they have to be signed. It would be a failing to lower  expectations in the transfer market, but neither player should be expected to come in and be the missing piece in the title chasing jig-saw. Liverpool fans owe faith to Klopp’s judgment and should be pleased that his scouts are clearly out there working and watching.