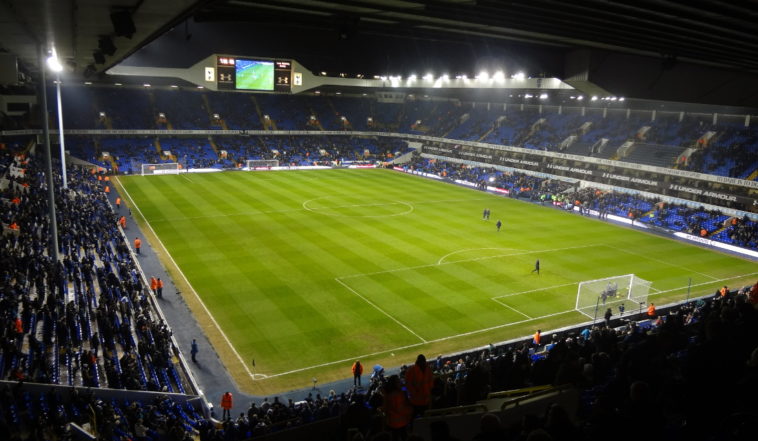 This weekend, Tottenham Hotspur will play their last ever game at their iconic home ground, White Hart Lane. They’ve been playing there for 118 years, so it’s sure to be an emotional day for everyone involved with the club.

With work on the new stadium well underway, Tottenham will have to say goodbye to the historic ground, which is being demolished on 15th May. Spurs will play all their home games at Wembley Stadium in the 2017/18 season, as their new home is being built.

Tottenham moved into the ground in 1899, leasing and then later buying a disused nursery on the east of Tottenham’s High Road. A local groundsman turned the land into a football pitch, and Spurs won their first game 4-1 against Notts County.

Although referred to at the time as the High Road ground, it became popularly known as White Hart Lane. In the early 20th century a stadium developer designed a stadium seating 15,300. It was later developed into a stadium capable of holding over 50,000.

After an FA Cup win in 1921, the stands were enlarged and covered. The bronze fighting cockerel was placed on the roof of the touchline stands, and has become an iconic sign of White Hart Lane ever since.

In the 1930s, football became more popular, and attendances soared as high as over 75,000. White Hart Lane hosted some football preliminaries for the 1948 Olympics.

The stadium continued to be developed through the years but has remained the same since 1998, until plans were finalised and work started on the new stadium.

Tottenham’s biggest win at the ground was a 13-2 win against Crewe in the 1960 FA Cup. More recently, an unforgettable 9-1 win against Wigan in the Premier League in 2009, in which Jermain Defoe scored 5!

The highest points of Spurs’ time at White Hart Lane must be their league title wins in 1950/51 and 1960/61, the latter part of a cup double won under Bill Nicholson.

Another famous European night was the electric performance of Gareth Bale in the iconic 3-1 win over Inter Milan in 2010.

Despite Arsenal winning two league titles at White Hart Lane – a time of not so fond memories – the final season at the Lane will be remembered happily as the first season in 22 years that Tottenham have finished above their rivals.

Spurs fans won’t easily forget the 5-1 thrashing over the Gunners as part of their 2008 League Cup winning campaign.

There have been happy times, and some more forgettable ones – but regardless, White Hart Lane will be sorely missed as the home of Tottenham Hotspur. Fans and players alike will be hoping their new stadium can bring many successes in the years to come.

First, however, Tottenham have their final fixture at White Hart Lane to look forward to, against Manchester United. A win would be a brilliant way to send off the stadium they’ve called home for over a century.