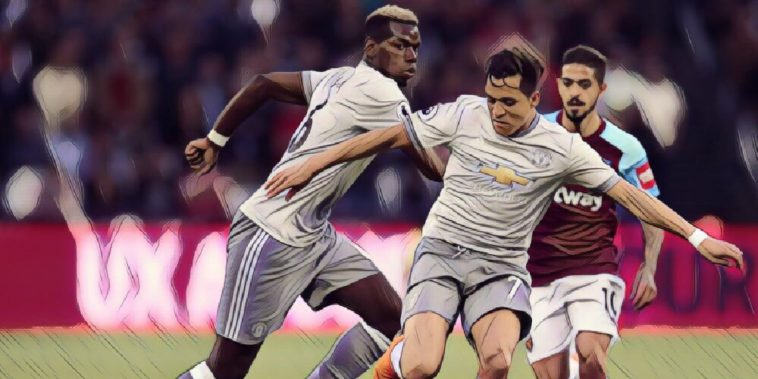 West Ham and Manchester United both failed to find the net in this drab end of season goal-less encounter at the London stadium.

The Hammers’ squad needs to be improved for next season

Most West Ham supporters will write this season off as a complete non-event, the same as last term. The move to the new stadium was a mistake and investment in the squad has been lacking. The only way to make things better, as a return to the Boleyn Ground is of course impossible, is to buy some quality players in the summer.

Marko Arnautovic aside, the West Ham board has shown a complete lack of judgement when it has come to purchasing players. They prefer to buy cheap, old, over-the-hill former internationals – like Pablo Zabaleta and Patrice Evra – instead of young promising players.

Whether West Ham get their much-needed summer recruitment correct remains to be seen. Judging by past experiences, the Hammers could be in for another tough season in the lower reaches of the Premier League.

Manchester United had their minds on other things

Both sides would have liked to win Thursday night’s encounter, however, Manchester United played like a team with one eye on next week’s FA Cup final.

The 0-0 draw was enough for the Reds to secure second place in the Premier League. Manager Jose Mourinho however, was not that impressed and said this achievement was just ‘OK’.

Mourinho has a good record in the FA Cup, and he will definitely want to end the season with a trophy. He’ll also want to beat his former club Chelsea in the final, to boot.

David Moyes is too cautious

West Ham’s line-up last night again featured Arnautovic as a lone forward in a defensive looking team. For much of the game the system was crying out to be changed and the late introduction of Andy Carroll as a second striker changed the match and could have triggered a home victory.

Too many times this season, David Moyes has chosen a team based on caution and defence, when instead, fans would prefer the home side to go for it and attack with more than just a solitary striker.

Arnautovic cut a lonely figure for much of the game last night, as he was isolated and had little or no support when he had the ball. If Moyes, is in charge next season, fans will be hoping for a more attacking philosophy, but I’m sure Manchester United fans would also agree, that is not likely!

£89 million is a lot of money, even in today’s over inflated football market. Have Manchester United had value for money since splashing out this record-breaking fee on the Frenchman last year?

Judging by this night’s performance I would say no. He was ineffectual for most of the game and the only memorable piece of action he was involved in was a scuffle with West Ham’s Mark Noble, late on in the game.

Pogba has failed to deliver the performances he so often produced at Juventus and many believe he may even leave United this summer.

The Hammers need to rediscover their identity

The relocation to the London Stadium was always going to be difficult, as many other teams have discovered when they have moved home.

Whether the move was right or wrong, it has been done now and West Ham have to try and generate more atmosphere in the London Stadium next season. Relocating some of the more boisterous and noisy home fans to a section close to the away supporters may help. It may even help drown out some of their annoying songs.

United fans repeatedly sang ‘You’re not West Ham any more’ last night. This is wrong as much as it is irritating. This song is as pointless as singing ‘You’re not Newton Heath any more’ to Manchester United fans!

While if we want to be pedantic we could say that Manchester United technically play in Salford rather than Manchester, the point remains that West Ham have lost some of their identity and they need to get it back.