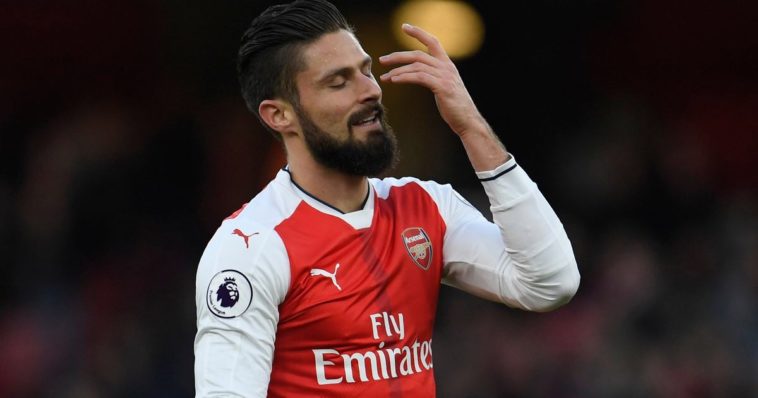 The Hammers have been linked with a whole host of strikers over the past 12 months, and this summer, the Frenchman has been one of the names linked with the club once again.

However, according to Sky Sports, West Ham have now ended their interest in signing the 30-year-old after finding out that the London Stadium was not his first choice destination should he decide to leave Arsenal this summer.

The striker would like to ideally stay at at the Emirates and fight for his place, but after having splashed out a club record fee in his international team mate Alexandre Lacazette, it seems clear that he will not be the first choice striker for the Gunners next season.

Should he decide to move, there seems to be two potential destinations for the striker. If he wants to remain in the Premier League, he could choose to this summer’s big spenders Everton, who have already splashed out ould £100m on new additions this summer as well as the high profile free signing of Wayne Rooney from Manchester United.

The Blues have lost Romelu Lukaku in the summer’s biggest deal so far, meaning Giroud would almost be guaranteed the role as the first choice striker ahead of new signing Sandro Ramirez.

However, Giroud also has the opportunity to move back to his home country, with Marseille interested in his services, while German side Borussia Dortmund are also interested.

One thing is for sure is that Giroud will be keen to get as much game time as possible ahead of next summer’s World Cup.france have an abundance of attacking talent with the likes of Karim Benzema, Kylian Mbappe and Alexandre Lacazette all looking to lead the line for ‘Les Bleus’ in Russia next summer.