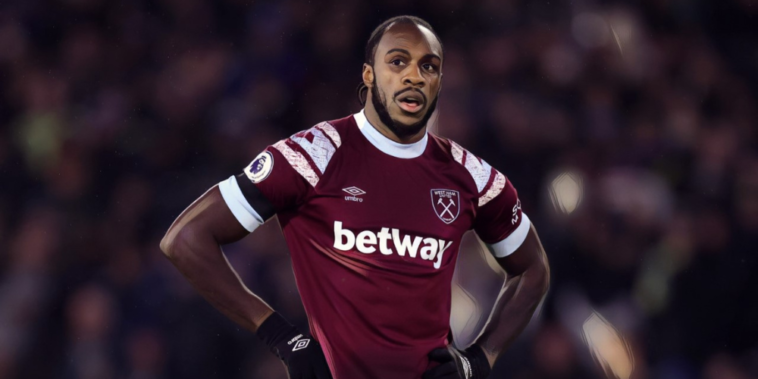 West Ham are reluctant to allow Michail Antonio to leave this month amid interest in the forward from Wolves.

Wolves are interested in a deal to sign the forward as Julen Lopetegui looks to add Premier League experience to his attacking options, but West Ham are not interested in allowing Antonio to leave at this time.

The 32-year-old has found himself out of the side in recent weeks with summer signing Gianluca Scamacca preferred at centre-forward, though the Jamaica international returned to the starting XI for the FA Cup win at Brentford last weekend.

He has 18 months remaining on his current contract, but the Hammers possess an option to extend his deal for a further season.

Wolves are monitoring his situation and according to the Express and Star will make a move this month if West Ham’s stance changes.

The Hammers have been linked with signing a centre-forward this month with Sevilla’s Youssef En-Nesyri on the club’s radar after a failed move to sign the Moroccan last January.

Wolves also remain interested in Antonio’s club teammate, Craig Dawson, after a summer move failed to materialise. The club came close to signing the centre-back six months ago, with Dawson open to a move to the Midlands in order to be closer to his family.