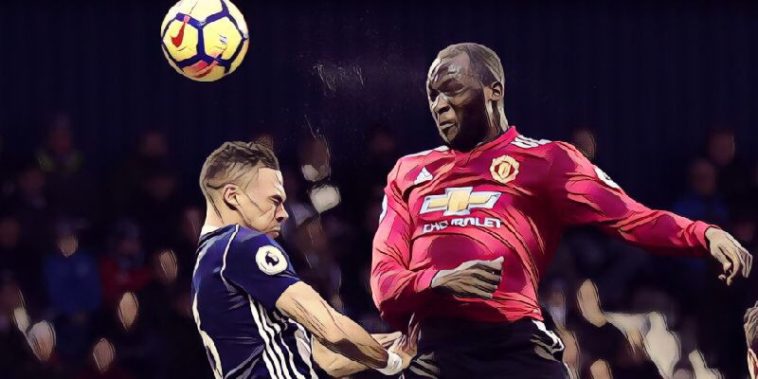 Manchester United survived a late West Brom fightback to grab three points at the Hawthorns. Here are how the players rated.

Nothing he could do about either of the Man Utd goals.

Got forward on occasions, but did little to affect the game.

Unlucky to see Lingards effort deflect off the sole of his boot and into the back of his own net.

Didn’t do much wrong against his former side.

Still yet to be on the winning side during his West Brom career after 16 appearances.

Didn’t get close enough to Nemanja Matic who dictated the midfield in the first half. Initially pushed out wide in the second half before going back centrally as the Baggies switched to a 4-4-2.

Didn’t do a lot to stop United’s attacks. Replaced at half time by Gareth Barry.

Failed to get forward to support the front men and eventually replaced by Chris Brunt.

Given a rare chance to impress and did ok, but didn’t see a great deal of the ball in the first period. Played up front in the second half before being replaced by Jay Rodriguez.

Held the ball up well on occasions, but didn’t have the support or service in behind him.

Aggressive in the challenge, and plenty of energy, but not enough quality to beat Antonio Valencia down the West Brom left flank.

Not a lot to do overall and nothing he could do about Barry’s goal. Flapped at a late corner to give United a scare.

Solid performance both offensively and defensively. Replaced just after the hour after pulling his hamstring.

Strong and composed at the back against Rondon.

A relatively comfortable afternoon until West Brom’s late rally when the England international threw his body in front of everything.

Always an attacking threat down the left, then switched to the right to cover for the injured Valencia. Could have given away a penalty for a block on McClean.

Some sloppy passing from the Spaniard at times and didn’t do much to justify his inclusion. Paul Pogba likely to replace him next weekend against Leicester.

Calm and composed on the ball and in the tackle. Made United tick in midfield in Pogba’s absence, particularly in the first half.

Influence grew throughout the game, drifting from the right flank behind Lukaku to link up play nicely.

Excellent pace and movement in behind Lukaku which caused WBA all kinds of problems, rewarded with a deflected goal. Replaced by McTominay to provide more stability in midfield following a late West Brom rally.

Great whipped cross into Lukaku for the opening goal. Booked for an off the ball incident with Hegazi before being replaced by Martial.

Fine header to open the scoring in an overall decent performance from the Belgian.