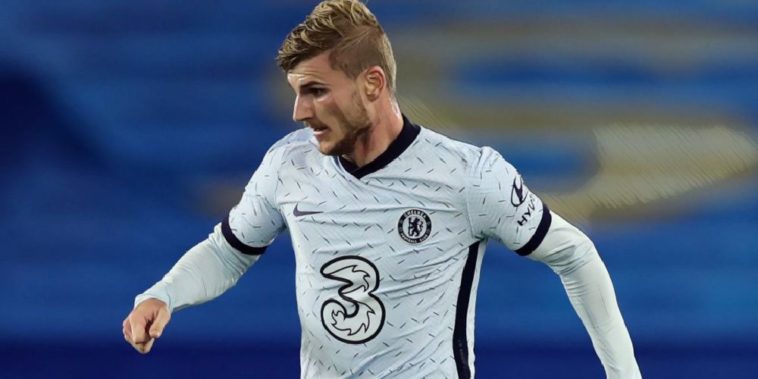 Timo Werner has opened up on how the Premier League is ‘totally different’ to the Bundesliga after making his Chelsea debut in the club’s 3-1 win at Brighton on Monday night.

The Germany international made his Premier League bow as Chelsea began the new season with three points at the Amex Stadium, Werner winning the penalty which allowed Jorginho to open the scoring from the spot.

Werner made his debut alongside fellow Bundesliga import Kai Havertz and has opened up on a ‘hard game’ against the Seagulls, admitting there is a huge difference between German football and the Premier League following his first experience of the division,

“It was a hard game after 1-1 but then Reece scored an amazing goal, ” Werner told Match of the Day. “We are very happy that we won today.”

Penalty to #CFC!#BHAFC implode as Alzate gifts possession and Werner is brought down by Ryan!

Should he have been sent off?

“I played against three massive defenders, you don’t have that in Germany. I’m happy to be here and I think it was a good first game for me and the team.

“Brighton did very well from the beginning and pressed us high. The second game will become harder because it is Liverpool. I tried and did my best and got an assist for the team.

“We had a lot of players not in the rhythm now but I think we will get better and better when we play more games together.”

Read – Lampard urged to bin off Kepa after latest mistake