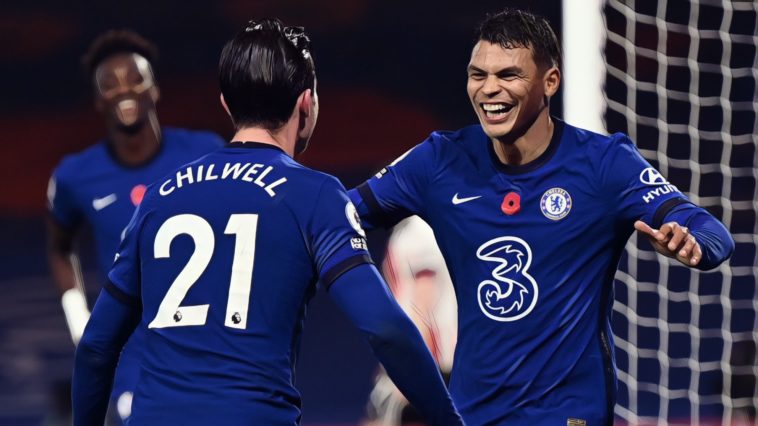 Frank Lampard has expressed his delight with Chelsea’s recent performances but believes his side ‘can be a lot better’ as they bid to maintain their fine form.

Chelsea stretched their unbeaten run in all competitions to 12 games with an impressive 4-0 thrashing of Sevilla in midweek, securing passage to the Champions League’s knockout stages as group winners courtesy of a four-goal haul from Olivier Giroud.

The west London side’s have not lost in the Premier League since September and currently sit third in the division, two points behind both Liverpool and league leaders Tottenham ahead of this weekend’s clash with Leeds at Stamford Bridge.

Lampard admits his side are ‘in a good place’ as their summer signings begin to gel, though says there is room for further improvement as the Blues seek the consistency required to challenge.

‘We’re playing well at the minute but we can get better for sure and what it takes to win over the course of a season is consistency,’ Lampard told his pre-match press conference.

‘We’ve got a good spirit. I think the nine changes in midweek and the performance and result showed that but things will test you along the way on that front.

‘We should be very understanding of where we’re at – we’re in a good place but it can be a lot better and it will need to be if we’re going to sustain it through the season.’

Chelsea’s clash with Leeds tomorrow evening will see supporters attend Stamford Bridge for the first time in nearly nine months, with a reduced capacity of 2000 fans permitted to attend amid the Government’s latest coronavirus guidance.

Lampard says his side have missed the support of the Blues’ faithful and has welcomed the initial return of fans, before expressing his hope that tomorrow’s clash is the first steps towards a return to normality.

‘It means a great deal because we’ve been missing them. In restart, there was such a focus on just getting the season finished but this season has started and I certainly feel it. We do this job and we love it for a reason, working in the Premier League because of the fans and the rivalries and what it means to people, so to get 2,000 of our fans back is a big deal.

‘They’ve been patient. I know more fans will want tickets than could get tickets and we hope that moves in the right direction quickly but it’ll be nice to hear them tomorrow supporting the team.’