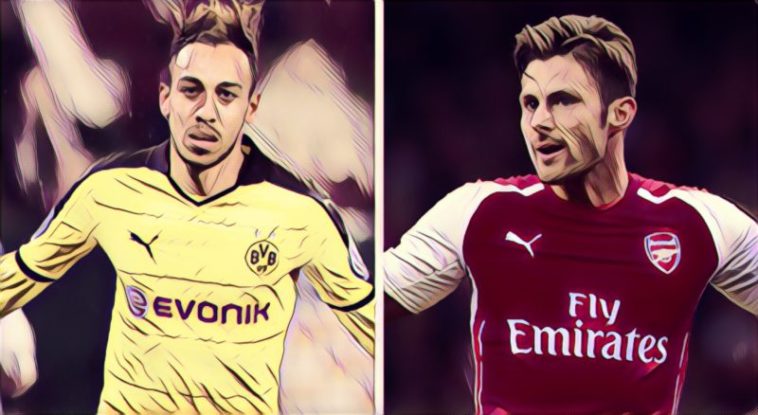 Arsenal suffered a disastrous 3-1 defeat away to Swansea in the Premier League last night, and afterwards  their manager Arsene Wenger was quizzed about the club’s much publicised transfer business.

Gunners striker Olivier Giroud has been heavily linked with a move away from The Emirates this month, with Chelsea reportedly his preferred destination.

The French international came on as a second-half substitute at the Liberty Stadium, and when Sky Sports asked Wenger after the game if it was his last appearance for the club he said:

“It’s a possibility, but all that will be decided tomorrow morning. We will inform you once that is more definite.”

Arsenal, of course agreed a £60 million deal for the transfer of star striker Pierre-Emerick Aubameyang from Borussia Dortmund yesterday. Although the German club will not sanction the deal until they sign a replacement, who is thought to be Chelsea’s Michy Batshuayi.

When asked if The Gunners would have enough time to get the Aubameyang deal over the line before tonight’s deadline the Frenchman replied:

“We will know more about that tomorrow morning.”

Arsenal’s defeat in South Wales, basically kills their chances of finishing in the top four, as they now sit eight points behind fourth placed Liverpool.

However, it seems The Gunners experienced manager will have to dust himself off in the morning, as he faces a busy transfer deadline day.