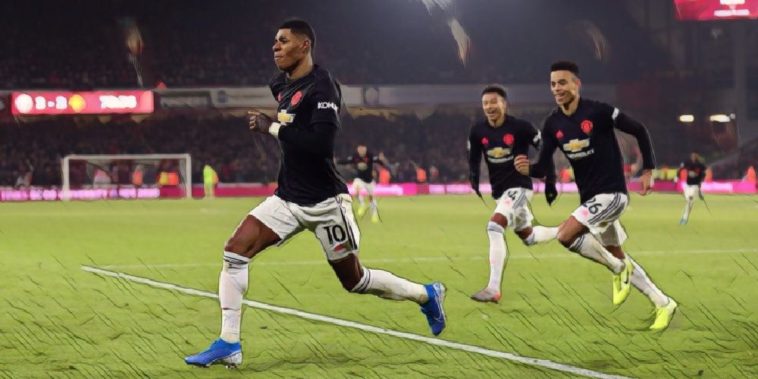 Marcus Rashford has insisted that Manchester United are ‘improving and learning’ after they produced a stirring comeback to earn a draw against Sheffield United, despite being far from their best.

Manchester United went into the game with renewed hope, the Red Devils having won five of their previous six games in all competitions, though they were poor for the vast majority of the game in front of a raucous Bramall Lane crowd.

John Fleck opened the scoring after Lys Mousset had bullied Phil Jones into one of his trademark errors after just 19 minutes, before Mousset doubled the lead seven minutes after the interval to put the Blades on course for what looked like a certain victory against a hapless United side.

Scotland’s Oli McBurnie would level the scores in the last minute of the game to ensure the points were shared, but speaking afterwards, England international Rashford was keen to point out United’s battling spirit, contrasting it to last season’s 4-0 defeat against Everton when they were lacklustre throughout.

“They were very compact but you need to have movement. In the first half it wasn’t good enough from us, but we managed to recognise it and get back into game and good position,” Rashford told Sky Sports.

“It happened at Everton – 2-0 down and we lost 4-0, but it shows we’re improving and learning.

“The manager knows when we play on front foot we’re a good team. The three goals is the response we managed to give.

“We have to keep pushing though – if we kept going then perhaps we would have got the win.

“Obviously a tough game for both teams. When you go 3-2 up you feel hard done by. But we were in a difficult situation and dug out of it.”