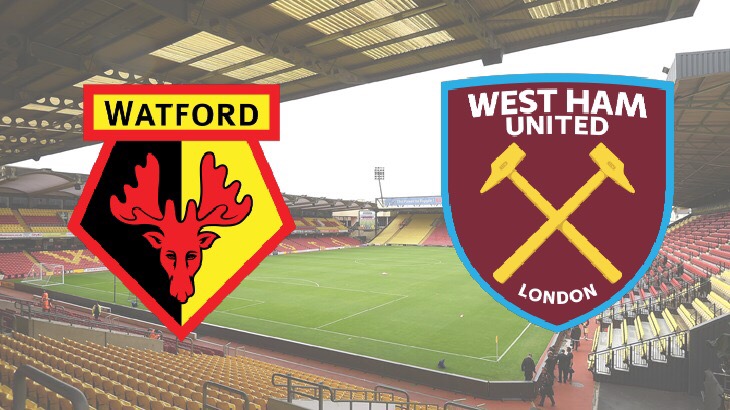 West Ham travel around the M25 to Watford seeking revenge for a 2-4 home defeat in September.

From 2-0 down early in the game, Watford stormed back at the London Stadium in September to beat West Ham 2-4. The Hammers were going through a torrid period, and even lost the next game, at West Bromwich Albion, by the same score.

Since then, West Ham’s form has improved dramatically, especially away from home where the club has won three of the last four, scoring ten goals along the way.

West Ham will be confident that they can pick up the three points, as Watford’s home form has been indifferent of late.

The Hornets’ last three Premier League home outings have resulted in one win, a draw and a 1-4 defeat to Tottenham Hotspur.

With the exception of long term absentees Angelo Ogbonna and Diafro Sakho, West Ham will travel to Watford with a full and fit squad.

Aaron Cresswell has recovered from a hamstring injury, while record-signing Andre Ayew is available for the first time since returning from the Africa Cup of Nations.

The only doubt is Andy Carroll, and his groin problem will be assessed in the morning. If he fails to make the substitutes bench for tomorrow’s game the club are confident he will be available to start against Chelsea on 6th March.

For Watford, both Nordin Amrabat and Christian Kabasele are out with ankle and knee injuries, while Sebastian Prodl, Craig Cathcart and ex-Hammer Valon Behrami will all have late fitness tests.

Another former West Ham player, striker Mauro Zarate could start for Watford against the club he left just over a year ago.

Watford have never completed a league double over West Ham and I don’t see that changing. Consequently, I foresee the Hammers gaining revenge and winning the game 1-3.