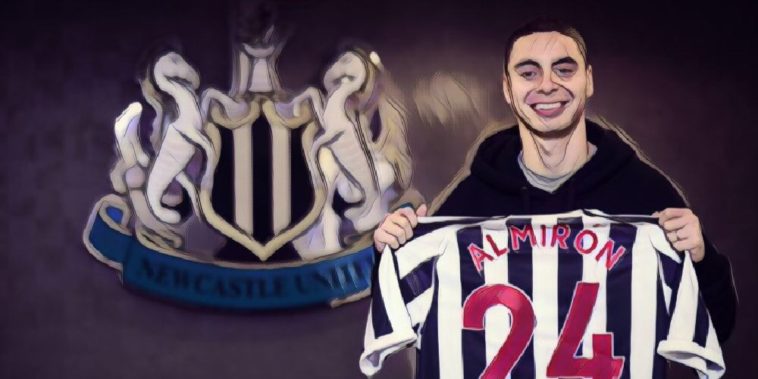 Newcastle United finally broke their long-standing transfer record this afternoon with the £21 million arrival of Miguel Almiron from Atlanta United, and former Magpies defender Warren Barton has told the Toon Army what they can expect from the clubs new signing.

The Paraguay international playmaker made the long-anticipated move across the Atlantic after weeks of speculation, with Rafael Benitez having made him his number one target.

However, it’s safe to say that the a good number of Newcastle fans will not have seen too much of Almiron in action, but former Magpies defender Warren Barton – who now lives in California – has told the St James’ Park faithful what they can expect of the 24-year-old, describing him as a ‘worker’ and a ‘winner’.

“Almiron is a winner. He did well the season Atlanta got into the play-offs, and obviously they won the MLS Cup last year,” Barton told nufc.co.uk. “He’s won something and that’s important – it’s something he can bring to the table.

“Along with (Josef) Martínez – the goalscorer up front, (Michael) Parkhurst – a vastly experienced centre half, and (Brad) Guzan – the ‘keeper, he was one of three or four who played a major part. In the big games, they produced the big moments. They provided the key pass or the key goal, and he was definitely a major player in that.

“He’s always been ambitious – even when he first arrived at Atlanta. He’s very loyal to the club but he’s never made it a secret that he wanted to play at the highest level. Speaking to people at their training ground, he wants to be coached and he wants to improve, and working with (ex-Atlanta manager) Tata Martino and now Rafa Benítez, he’s only going to get better and better. He likes to get on the ball and play and he’s not frightened of receiving the ball under a bit of pressure. And I know, from playing at Newcastle, that you are under pressure – whether you like it or not.

“I think he can do well at Newcastle. You can rotate him a little bit and he can play on the right or the left, but I think he wants to be in the middle. He’s not like a Keith Gillespie type of winger – someone who will knock the ball forward and run. I think he’ll be ideal for us if we have two holding midfielders who can get the ball to him as quickly as possible and then he can be that link between the midfield and the forward. He’s someone who can drop in a little bit when we haven’t got the ball but when we do have it, we can give it to him and he can try to make things happen. That’s where I see him fitting in.

? Miguel Almiron can't wait to play in front of the Newcastle United supporters…

“But he’s a worker, too. Even with Atlanta, who were doing well and won the MLS Cup, there were times where you’d see him tracking back. He’s not just one of those who will say: ‘Give it to me and I’ll play.’ He’s one who will come back and help out.”

Barton will have seen plenty of Almiron in action over in the USA, where he works for broadcaster FOX commentating on the Premier League.