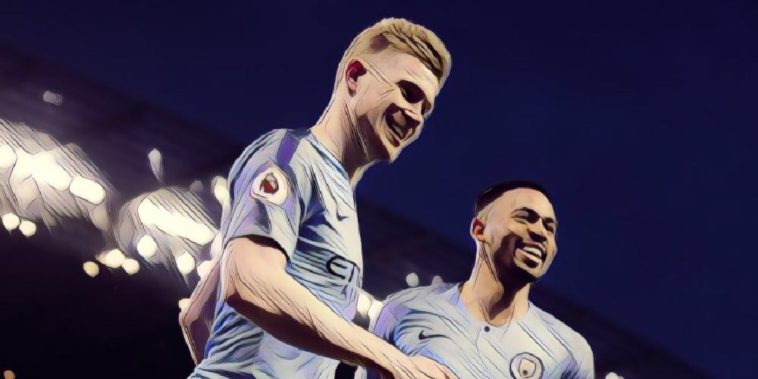 Warnock’s side lost 2-0 at the Etihad, with Belgium midfielder De Bruyne opening the scoring from a seemingly impossible angle.

Despite the defeat, which leaves Cardiff five points from safety, Warnock was please with his side’s display but admits De Bruyne’s opener was fortuitous rather than genius.

“I don’t think they could’ve given us any more. I was disappointed to concede early doors. They move it so quick it is difficult,” he told the BBC.

“It would have been interesting if we scored at the end to see how nervous we could have made them, but I have to be pleased.

“The first goal – Neil Etheridge played really well – he knew he should’ve saved it. I shouted to Kevin de Bruyne at half-time, ‘Kevin, did you mean that? Tell me the truth’. He said ‘no I didn’t’. So I can let Neil off, although he should still save it!”

Warnock admits his side face a difficult task to avoid a swift return to the Championship, but remains hopeful over Cardiff’s survival hopes with six games remaining.

“You can afford the odd draw but I think we have to win three at least, add a draw and who knows?”