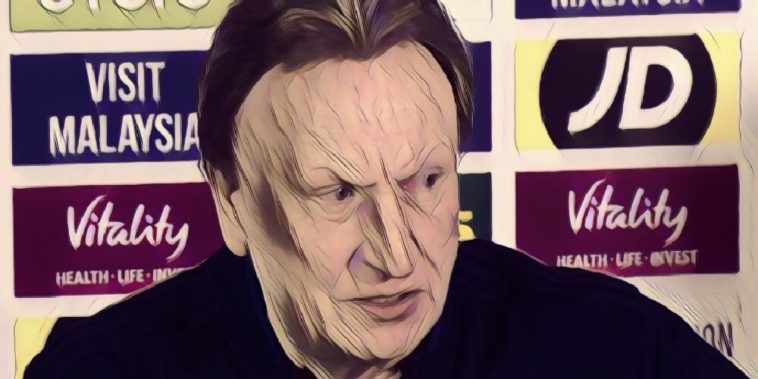 Neil Warnock has finally had the chance to speak following the tragic disappearance of Emiliano Sala last week, describing it as the most difficult week of his career.

Having announced the club record signing of Sala last Saturday, Cardiff City were plunged into tragedy just 48 hours later after the plane carrying the Argentine disappeared from Air Traffic radar screens, and despite days of searching, has yet to be seen since.

With the Football community being left to assume the worst about the safety of Sala, Neil Warnock has finally spoken about the traumatic events that has surrounded all involved at the Welsh club, as well as his personal turmoil.

“You think 24 hours a day about whether to carry on,” Warnock told the media ahead of tomorrows trip to face Arsenal.

“It’s impossible to sleep. I’ve been in football management for 40 years and it’s been by far the most difficult week in my career, by an absolute mile.

“It’s been a traumatic week and even now I can’t get my head around the situation.

“It’s probably hit me harder than anyone else as I’ve met the lad and talked to him for the last six to eight weeks.”

With Cardiff having not had a game since the tragedy, the veteran boss has praised the fans of both Cardiff City and Nantes, but also said that getting back to playing football could be the best possible tonic for the ‘sombre’ mood that surrounds the club.

“It’s such a difficult time. I keep looking at my own children and thinking what I would be doing now. The family have been fantastic. Our fans and Nantes fans have been amazing as well.

“It’s been amazing the knock on with the players in training. It’s unknown territory.

“Football is important, but when a tragedy like this happens… I think from the players’ point of view they need some sort of distraction now because it’s so doom and gloom and sorrowful, the place is so sombre all the way around the club.

“You need some sort of a game to get firing again.”

Asked whether he had sought help, Warnock revealed that he has spoken to the League Managers Association for help and guidance:

“You have to [speak to someone] in this instance. Who motivates the motivator?

“I am OK when I’m in the public eye or with the players, it’s when I’m on my own or at home that you think about it.

“It’s probably the lads you don’t expect that needed more help. But I don’t think it does any harm to talk to anyone else.”