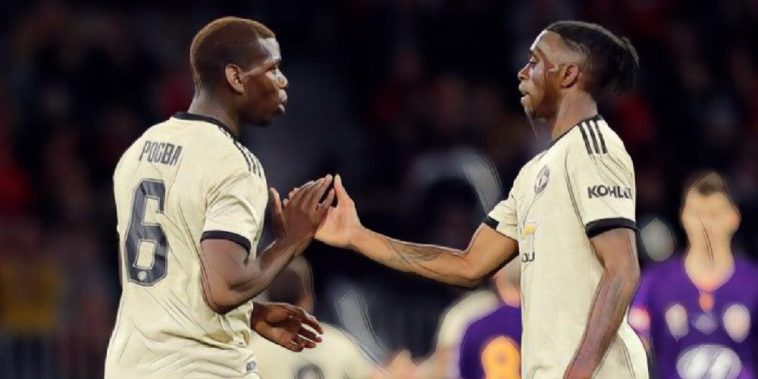 Aaron Wan-Bissaka was revealed the advice Paul Pogba gave him following his move to Manchester United this summer, saying it has helped him settle at the club.

While there has been much speculation surrounding the future of Pogba, Manchester United‘s £50 million summer signing has said that the World Cup winning midfielder was still quick to offer him advice following his summer switch to Old Trafford.

“The older players help me a lot. Paul Pogba has advised me a lot,” the 21-year-old told manutd.com.

“That first [pre-season] game in Perth, he was telling me the same thing everyone has: you’re here for a reason, play your game, play without fear, get up and down – that’s what I put into my head.

“I’ve settled down now. A couple of weeks back I found a house to move in to. I just haven’t been out much! We had a team bonding night, which was great.

“I’m not usually the type to interact, but that was definitely needed on my part. It was great to see a bit more of people away from football.

“I’m new to Manchester, but it’s a nice area and I’ve settled now. I’ve made sure I kept my shirt from the Chelsea game, so that’ll be getting framed and going up on the wall at home.”

See also –  Premier League Team of the Week for Gameweek 3