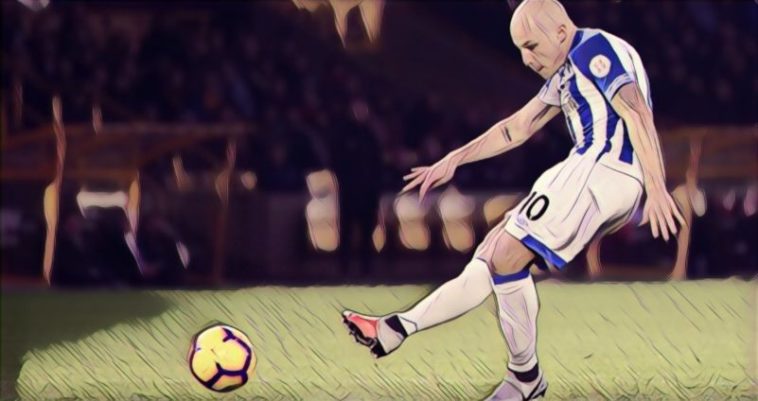 Huddersfield moved out of the relegation zone and up to 14th place in the Premier League table after winning 2-0 away to Wolves earlier today.

It was only the Terriers second win from 13 attempts so far this season and the Yorkshire outfit’s German coach David Wagner praised his players’ bravery in securing all three points against a highly-rated Wolves side.

”The players have shown better performances – or at least comparable performances – this season but they have not got the rewards,” Wagner told BBC’s MOTD.

“Today they got two goals, a clean sheet and done fantastically well. I’m so happy for them.

“They’ve shown a lot of bravery to press an opponent such as Wolves so high up the pitch. We were able to minimise their opportunities.”

Australian midfielder Aaron Mooy would be the Huddersfield hero, netting a well-taken brace and Wagner lauded the ability of the 28-year-old.

“Aaron Mooy is a top class player, he has this calmness on the ball. His decision making was great. You will rarely find a player with such good technique and vision who is prepared to work so hard for the team.’’ Wenger continued.

“It lifts the confidence and their mood. Away wins are always very important in the Premier League and now we have the first one we have to try and surf on this wave we have created.”