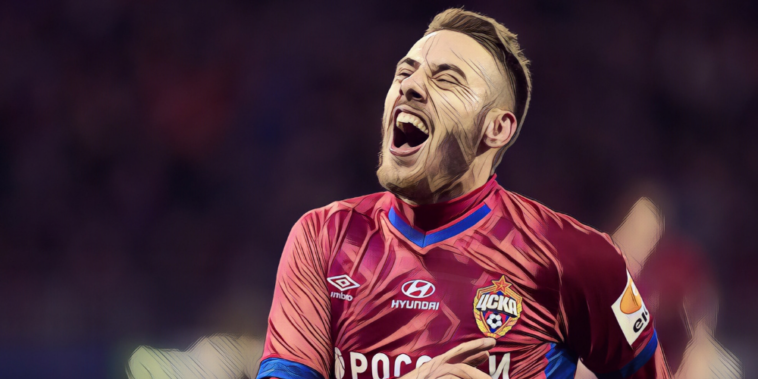 West Ham have completed the signing of Nikola Vlasic from CSKA Moscow, in a deal that could end hopes of Jesse Lingard returning to the London Stadium.

The Hammers have announced the signing of Vlasic in a deal said to be worth up to €38million (£32.6m) – €30m up front and the rest in add ons – with the versatile forward signing a five-year contract to join David Moyes’ side.

Vlasic scored 33 goals in 108 appearances for CSKA Moscow after arriving from Everton and was named as the Russian Premier League’s Player of the Year in 2020.

The 23-year-old has also featured regularly at international level for Croatia, scoring six goals in 26 caps and forming part of the squad for the nation’s Euro 2020 campaign.

His time at Goodison Park didn’t go to plan, joining the Ronal Koeman’s side in 2017 only for the Dutchman to be sacked by October, with Vlasic only featuring 19 times for the Toffees, scoring twice, before moving to Russia.after just one season on Merseyside.

His return to the Premier League could however end West Ham’s interest in signing Jesse Lingard from Manchester United, having failed to make progress in negotiations over a deal for the midfielder.

Lingard spent the second half of last season on loan at the club and enjoyed a fine run of form, scoring nine goals and providing four assists in 16 appearances as the Hammers secured Europa League qualification.

That form saw Lingard earn an international recall with England and the midfielder will want to maintain his place in Gareth Southgate’s thoughts, though his prospects of first-team football at United have been hindered by the summer signings of Cristiano Ronaldo and Jadon Sancho in attacking areas.

The 28-year-old has been valued at around £30m by the Red Devils, despite entering the final season of his contract at Old Trafford.