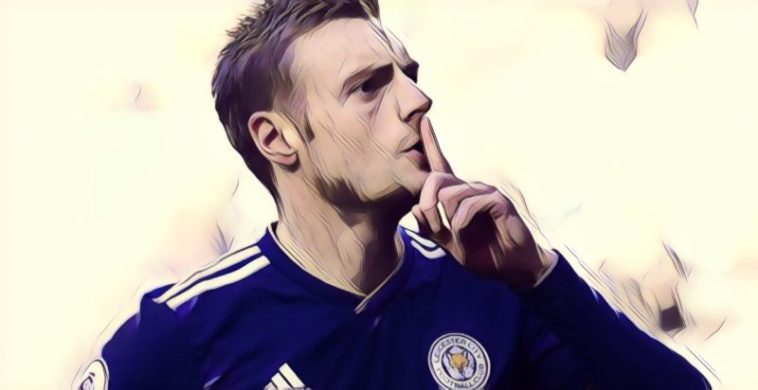 Vardy scored twice as Leicester beat 10-man Arsenal 3-0 on Sunday, a win which keeps alive their hopes of securing European football for next season.

Arsenal’s Ainsley Maitland-Niles was sent off in the first half for two bookable offences, before on-loan Your Tielemans headed home the opener just before the hour mark.

Vardy’s late double secured the win, his eighth in eight games against Arsenal, and the forward admits Leicester are benefitting from the increased intensity Rodgers has brought since arriving from Celtic.

“We thought we wanted to get out after starting slow last week and we did that today,” Vardy told Sky Sports.

“I think the intensity he has us playing at, we’re winning the ball much higher up and we have opportunities in behind.”

Vardy’s first goal came from a route one kick from goalkeeper Kasper Schmeichel and the 32-year-old admits it is a tactic the club had worked on.

“It’s actually something we worked on in training this week, we thought Arsenal’s defence would play a high line and there’d be opportunities over the top.

“We look forward to Man city next week and look to get as many points as possible.”