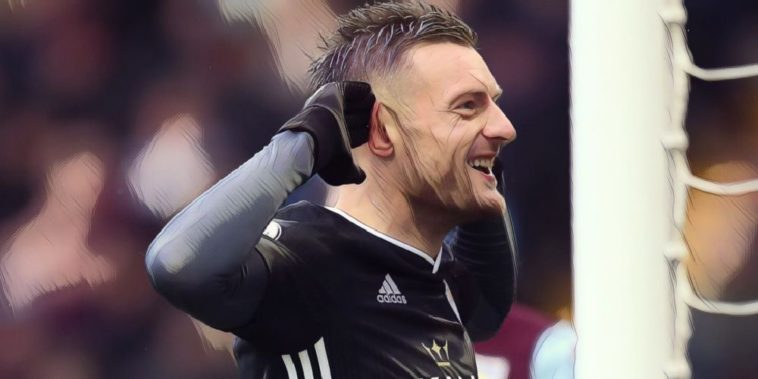 Jamie Vardy has discussed the differences between the current Leicester City side and their 2016 title-winning side.

Leicester have enjoyed a superb start to the season and currently sit second in the Premier League, Sunday’s 4-1 win at Aston Villa setting a new club record of eight consecutive top-flight wins.

Central to their fortunes has been the form of Vardy, the forward netting for the eighth game in succession against Villa and currently leading the race for the Premier League’s Golden Boot with 16 goals.

Vardy was a key figure in the title-winning side of 2015/16, and with the Foxes looking the most likely to challenge Liverpool for the title this season, the 32-year-old says the current side possess a different set of qualities to the infamous side of four seasons ago.

“We can keep the ball a lot more now, a bit more possession-based, but it’s possession with a purpose.

“We’re getting chances from that whereas when we won the league it was more, sit back, get the ball, counter.

“We’ve got different artillery in our tactical stuff now, so it’s all the better for Leicester.”

Leicester will hope to continue their push when they host struggling Norwich at the King Power Stadium on Saturday, the clash with the Canaries coming ahead of crucial meetings with both Manchester City and Liverpool before the new year.