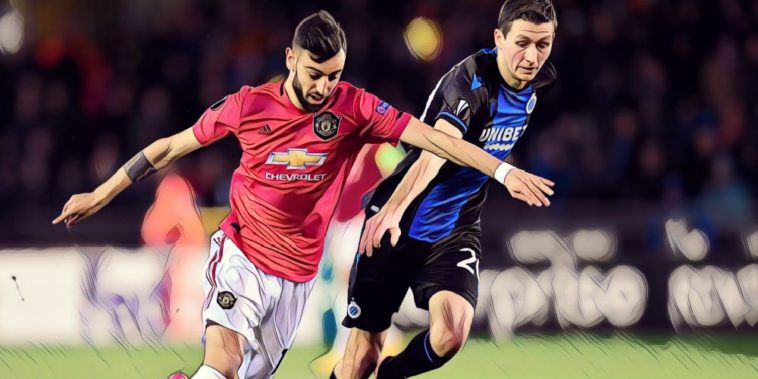 Fernandes only arrived at Old Trafford just before the January transfer deadline, bringing with him a reputation as a goalscoring and creative midfielder, and having impressed against Wolves and Chelsea, the 25-year-old was one of a number of players to be rotated for Manchester United‘s Europa League last 32 first-leg tie.

Having fallen behind cheaply through Emmanuel Dennis, United would draw themselves level through a fine Anthony Martial solo goal, though in fairness, it won’t be a game that will live long in the memory on a rain-soaked night in Belgium.

However, Fernandes’ 81st minute introduction seemed to spark United into life, the Red Devils creating a number of late chances, with the January signing seemingly at the heart of the action.

He came on after 80 minutes. 😳 pic.twitter.com/rjBgcXuIZM

His performance certainly caught the eye of former United and Arsenal striker Robin van Persie, who described the Portuguese as ‘silky on the ball’ and ‘a joy to watch’.

“He was unbelievable,” Van Persie said on BT Sport. “With top players, you can straight away tell that he has something to add.

“He is silky on the ball, he has that pass, he has a nice cross and shot.

Solskjaer: Rashford needs ‘another few months’ while Pogba is ‘not anywhere near’ Man Utd return