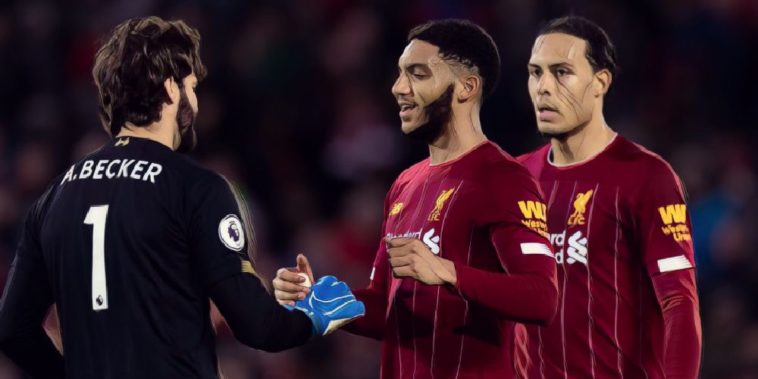 Virgil van Dijk reckons that there is ‘still room for improvement’ from Liverpool after the league leaders extended their lead at the top to 16 points with a 1-0 victory at Tottenham.

Roberto Firmino’s first-half goal was enough to secure yet another three points for Jurgen Klopp’s side at the Tottenham Hotspur Stadium, the victory, coupled with Leicester‘s shock home defeat to Southampton, extending the Reds’ huge lead at the summit.

The win was Liverpool‘s 20th from their opening 21 games during a relentless, unbeaten start to the campaign, their total of 61 points at this stage the best ever start of any team in the history of Europe’s top five leagues.

Despite their record-breaking run, Van Dijk believes there is still more to come from the European champions who continue to set an unprecedented pace at the top of the Premier League.

“We want to analyse the game and be much better, but three points is massive, especially here,” Van Dijk told Sky Sports.

“We play Spurs who are a good side. They were in the Champions League final and that must still hurt for them and they will want to bounce back. Second half they pressed and made it difficult for us.

“The league lead gives us all a good feeling. But you see there is still room for improvement; We are in a good situation but there is work we can do to make it easier.”

See also – Five players with the most Premier League wins ever