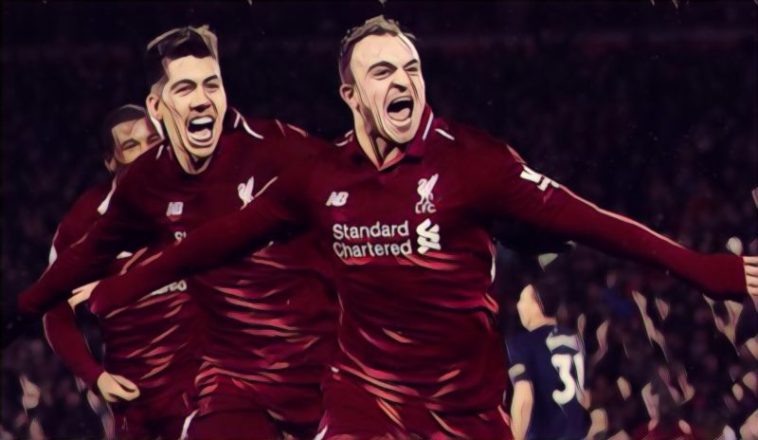 Virgil Van Dijk said that Liverpool were prepared for Manchester United’s challenge on Sunday afternoon, which they won 3-1 at Anfield.

The Reds returned to the summit of the Premier League in the sweetest fashion this past weekend after defeating their bitter rivals by a two goal margin at home.

Liverpool absolutely railed the Red Devils, taking 36 shots while having 64% possession of the ball as the visitors retreated into a defensive shell in the hope of coming away with a third consecutive goalless draw at Anfield.

Goals from Sadio Mané and substitute Xherdan Shaqiri put paid to that notion, while Virgil Van Dijk kept Romelu Lukaku quiet down the other end.

Liverpool’s Dutch defender could not have been happier with how they went about getting the win over Manchester United.

“It was a fully deserved victory, we had the bigger chances,” Van Dijk told Sky Sports.

“They were pretty dangerous sometimes on the break. In the first-half we were going a lot through the middle, but they were winning balls and dangerous at times.

“But we dominated the game, we were prepared, we were ready for the fight.”

Van Dijk and company will now prepare themselves for the busy Christmas schedule, beginning with Wolves away this Friday.