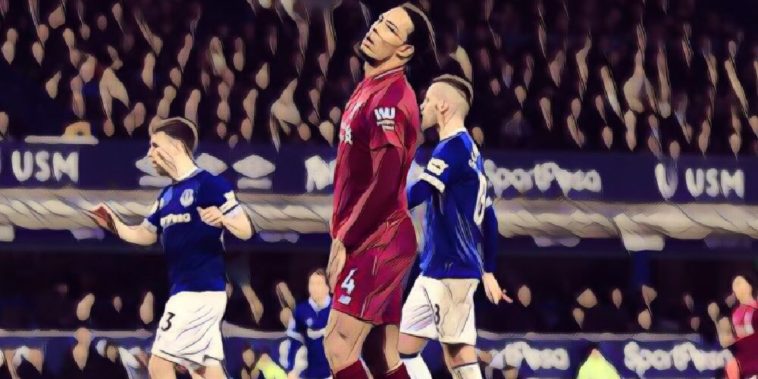 Virgil van Dijk thought that Liverpool deserved to win today’s pulsating Merseyside derby, with the Reds being forced to share the spoils with Everton.

It was a game of two halves at Goodison Park, with Liverpool having the best chances in the first half, with Everton coming into it in the second, backed by their ferocious home support.

Virgil van Dijk was named as the Premier League man of the match, which says everything you need to know about both side’s front lines, and speaking after the game, the Dutchman said that he and his teammates were disappointed with the draw.

“We deserved the three points and it says a lot that they (Everton fans) are celebrating a 0-0 draw. We had chances to win the game and did not finish them off. We go again.

“I like these kind of games and we came here for three points and did not get them. It is time to recover and be ready for the next game.

“We focus on our next game, everyone wants to be top of the league and we cannot change the situation at the moment.”