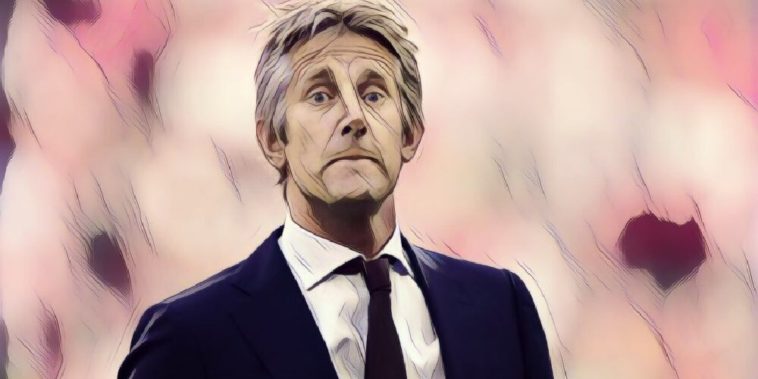 Edwin van der Sar has discussed speculation linking him with a move to Manchester United as Director of Football.

The former United goalkeeper is currently working as chief executive at Dutch side Ajax, but has been linked with a return to Old Trafford as the club look to restructure their hierarchy, with some bookmakers even suspending betting on him making the move.

Manchester United are believed to be interested in appointing an inaugural technical director to oversee the club’s transfer policy and football matters, with executive vice-chairman Ed Woodward having been criticised for his lack of expertise within the sport.

Despite the reports, Van der Sar insists he is happy at the Eredivisie side, and says his focus is on returning Ajax to the elite of European football after their successful run to the semi-finals of last season’s Champions League.

“I am enjoying my time at Ajax. I’ve got a different role – chief executive,” the former ‘keeper said after playing in Vincent Kompany’s testimonial at the Etihad on Wednesday.

“I am really looking forward to bringing Ajax back to the European top level – that we probably touched last year – and to make sure we get the best opportunity to stay there.”