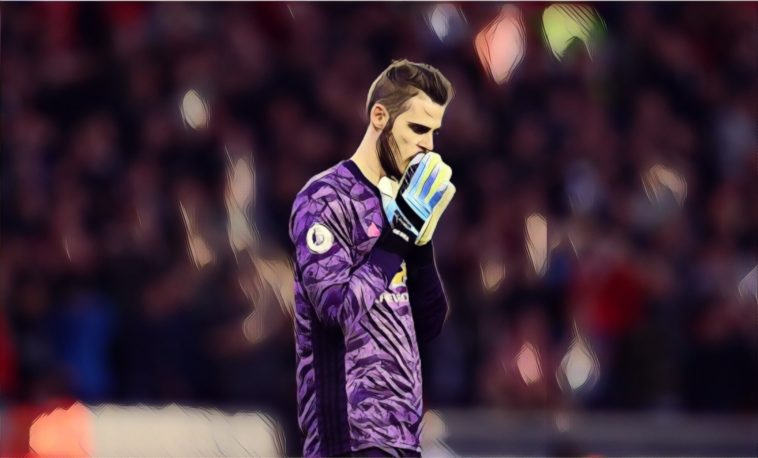 Edwin van der Sar admits he has not been surprised by David de Gea’s drop in form at Manchester United, but says the goalkeeper is replaceable should he chose to leave.

The Spanish international has come under criticism following a series of below-par displays over the last six months, with the 28-year-old having been at fault of Crystal Palace’s late winner at Old Trafford last month.

Former Manchester United goalkeeper Van der Sar has admitted he has not been surprised by De Gea’s poor form, admitting it is natural for top players to suffer dips in performances and has backed the shot-stopper to return to his very best.

“No, because that happened to me, it happened to Ryan Giggs also, to everyone,” said Van der Sar, as per Goal.

“Your form differs. He has been for so long at such a high level, so at a certain point it gets noticed, maybe not the first two times, but then people start to write about it. But he’ll be fine. He’s a great goalkeeper.”

De Gea has entered the final year of his contract at Old Trafford with talks ongoing over a new deal. A host of European giants including the likes of Juventus and Paris Saint-Germain are believing to be monitoring his situation, and reports have suggested the uncertainty over his future has led to the dip in his recent performances.

Van der Sar says a decision must soon be made over De Gea’s long-term future, but insists the Spaniard is replaceable should he opt to leave the club after nine seasons.

“The decision needs to come at a certain point,” he added.

“Other goalkeepers can also fill the gap. There are a few Premier League goalkeepers playing at the club who can also take the step up.

“I was 34 when I went to United. So there are lots of opportunities there.”

Speaking at his pre-match press conference, Ole Gunnar Solskjaer once again expressed his desire to keep the Spaniard at the club.

“I want David [De Gea] to stay here. He is the best goalkeeper in the world and we have seen that over the years,” said the Man Utd boss.

“I hope I can make sure he will finish his career at the highest level with Man Utd. There have been loads of discussion between David and the club and hopefully we can get it done.”