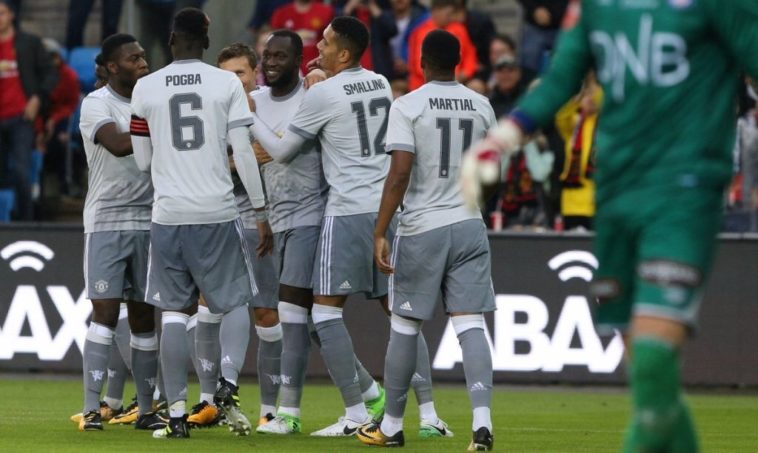 Manchester United returned to Europe ahead of the Premier League season kick off in two weeks. They beat Norwegian side Valerenga 3-0 in Oslo in what was their sixth friendly of the summer. Here are five things we learned.

This is Pogba’s year

After an impressive campaign last year, this one looks like it is going to be even better for Paul Pogba. The 24-year-old oozes confidence and charisma. With the imminent arrival of Nemanja Matic to do the defensive dirty work, Pogba can release the full extent of his creativity.

He bossed proceedings in this one and we expect him to show more of his qualities this season.

He is a much maligned figure, dividing opinion amongst the Old Trafford Faithful, but he is certainly loved by Mourinho. The Belgian but in another solid display in midfield, and is one of Mourinho’s most trusted players for the big occasions. The big man scored the opener just before half time and didn’t look like a player on the verge of a move.

He has been linked with a move to Turkish side Galatasaray, but speaking in the post match press conference, Mourinho said it would be easier for the Istanbul club to him to Turkey rather than the Belgian. It looks as those Man Utd fans can ‘enjoy’ Fellaini for at least one more season.

Lukaku shows why United signed him

Strength. Movement. Link up play. Goals. The Belgian scored an absolute bullet header within two minutes of being introduced at the break. It was a goal that United fans haven’t really seen much of in the last four or five years, a headed goal direct from a corner.

He also played really well in a front two, alongside Anthony Martial, as Jose Mourinho sent his men out in a 3-5-2 formation after the break.

McTominay shows why Jose likes him

When he was brought into the squad at the end of last season, many would have asked who Scott McTominay was. However, the youngster has impressed during his two senior appearances for United and again on this tour.

Although it won’t stand in the record book, the 20-year-old scored his first senior goal, and what a fine goal it was. A through ball from Anthony Martial took a wicked deflection off a defender. McTominay used quick thinking and his sizeable 6ft 4″ frame to hold off his man, and without looking, place the ball accurately into the back of the net.

It’s not just about goals though, the versatile player put in a solid display among United’s stellar cast of stars.

Three at the back suits United

United started the game in a 4-2-3-1 formation, with the hosts getting everyone behind the ball. Once again, the old problems of struggling to break down opponents seemed to still be in evidence.

After the break, Mourinho reverted to a back three for just the second time on tour. It really seemed to suit United, having three central midfielders in behind the strike partnership of Anthony Martial and Romelu Lukaku. The duo up front both put in good displays while Herrera, Pereira and Pogba (before being replaced by McTominay) had good movement and balance in midfield. Tim Fosu-Mensah and Demitri Mitchell provided the width as wing backs in what was a very fluid and much more entertaining second half.