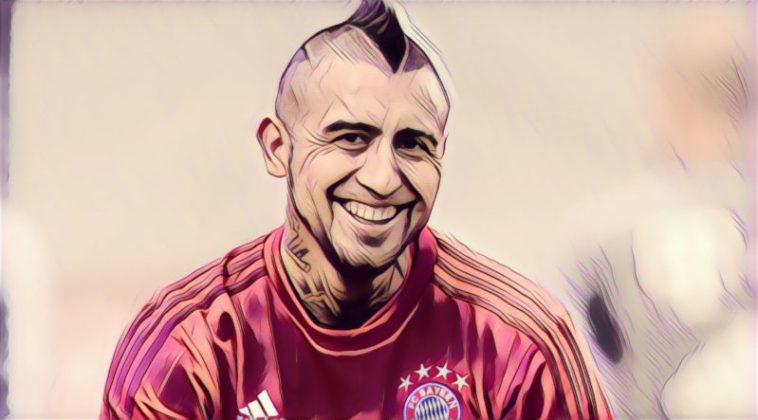 The Bundesliga champions recently agreed a deal to take Schalke’s highly-rated midfielder Leon Goretzka to the Allianz Arena in June. With German newspaper Bild reporting today that Vidal will be allowed to leave the club next summer.

The Chile international’s all-action style would be ideal for the Premier League and he was heavily linked with a move to Old Trafford during the Louis Van Gaal era. Now Red Devil’s boss Jose Mourinho wants to sign the 30-year-old midfielder, and sees him as the ideal midfield foil for his former Juventus team-mate Paul Pogba, at the heart of United’s midfield.

The Old Trafford club are also hopeful that Vidal’s international team-mate Alexis Sanchez can persuade him to join the club.

Chelsea manager Antonio Conte is also a huge fan of the talented midfielders, having signed him from Bayer Leverkusen when he was Juventus coach. The pair enjoyed a successful time together in Italy winning three consecutive Serie A titles between 2011-2014.

With the war of words between Mourinho and Conte having died down a little in recent times, it now seems they are about to battle it out again over the signature of this highly rated central midfielder.