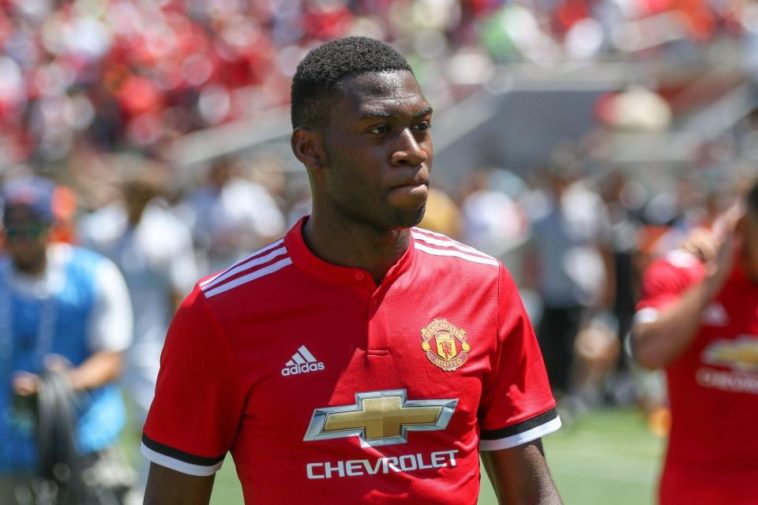 Watford were linked with having an interest in the Dutch youngster earlier this week, and they have now been joined by Crystal Palace in the hunt for his signature.

Fosu-Mensah made his Manchester United debut under his fellow compatriot Louis van Gaal, and impressed in a variety of positions, including right back, left back, centre back and central midfield.

He was used more sparingly by Jose Mourinho last season, but has impressed on the club’s preseason tour of USA and Europe as an alternative to Antonio Valencia as a right back/right wing back.

With Valencia he undoubted first choice for United, Watford boss Marco Silva was hoping to take the 19-year-old to Vicarage Road on loan. However interest from new Crystal Palace boss Frank de Boer could make it more difficult for Watford. De Boer worked with Fosu-Mensah during their times at Ajax.

With Matteo Darmian the only other option at right back for Manchester United, it is unclear as to whether Jose Mourinho would allow Fosu-Mensah to leave.

According to The Sun, should De Boer be able to lure him to Selhurst Park on loan, the Dutchman will ditch plans to purchase Callum Chambers from Arsenal.

The Eagles have already agreed a £20m fee for the Englishman, but De Boer is believed to be willing to end his interest if he can sign the Man Utd man to South London.

Will Jose let Fosu Mensah leave? Will a loan deal do him good? What’s your thoughts?