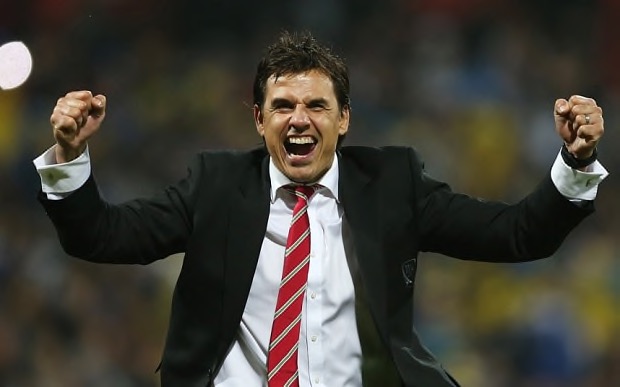 Fans always have something to say, especially on twitter, and the news that Chris Coleman was to take charge of struggling Sunderland was no different.Chris Coleman announced he had left his job in charge of the Welsh National Team on Fridayafter six years at the helm.

During his time he rebuild the Welsh side into a team that were admired around Europe, especially last summer after he led them to the European Championship semi finals.

However, the inability to reach next summer’s World Cup, and the FAW’s failure to meet his demands have seen him leave to resume his club management career.

He is expected to take over at perennial relegationfodder Sunderland before the end of the weekend and take charge of his first game on Tuesday evening.

Here is how twitter hilariously reacted to the news. Beware, some contain language that some may deem inappropriate.

So, Chris Coleman… What could possibly go wrong with appointing somebody whose last game saw him tactically outwitted by a man we sacked six managers ago?

What an absolute mad c*nt. 😂

Chris Coleman is not only an overrated manager, it now appears he’s a stark raving lunatic

16th November: Chris Coleman, "my ambition is to manage in the Champions League."

BREAKING: Chris Coleman's move to take over at Sunderland is off. It's believed he failed a medical after getting his head tested.

Chris Coleman has basically decided to play Football Manager on the hardest setting known to man.