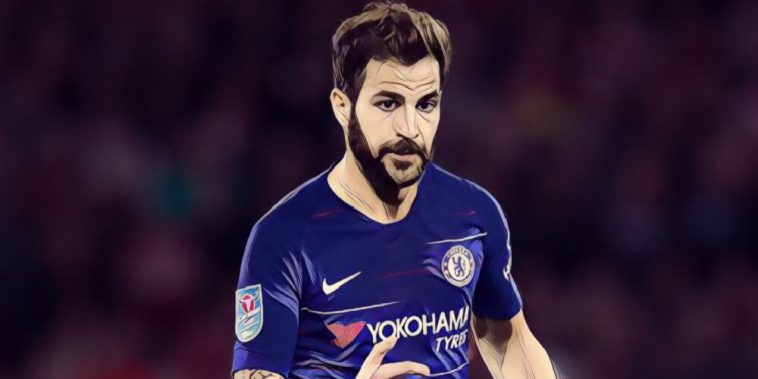 Cesc Fabregas’ love affair with English has seemingly come to an end with reports suggesting he is on the verge of joining Monaco.

The 31-year-old Spain international broke down in tears as he made what is expected to be his last ever appearances for Chelsea during the Blues 2-0 FA Cup win over Nottingham Forest earlier today.

Fabregas burst onto the scene as a 16-year-old with Arsenal and will go down in history as one of the classiest playmakers the Premier League has ever seen. Here’s some of the best reaction to news of his departure.

Chelsea fans give the Spaniard a rousing send off and it all gets a bit too much for the talented playmaker.

Fabregas is now expected to link up with his former Arsenal teammate Thierry Henry at Monaco.

Cesc Fabregas will sign a three-year contract with Monaco, according to @FabrizioRomano ⚪🔴 pic.twitter.com/rK2I0Leo4S

Not a bad record after over 500 games in English Football.

The end of an era as Cesc Fabregas looks to have played his last game in English football.

Fabregas is second on the all time list of Premier League assist makers, but is in fact the quickest player to reach 100 assists.

Chelsea fans across the globe have been paying tribute to Fabregas’ role in their two most recent Premier League title triumphs.

Emotional scenes at Stamford Bridge as @cesc4official walks off the field in tears in what is clearly his last game in English football. He’s been a credit to our game. Wonderful footballer and a top bloke. Wish him well. 👏👏

Gaizka Mendieta spoke to us at the #StarSixes about Cesc Fàbregas:

“He came to the Premier League very young and made a huge impact at Arsenal and Chelsea.”

“The fans love him. He’s definitely a living legend of the Premier League and for Spain.” pic.twitter.com/UosOBaHnXH